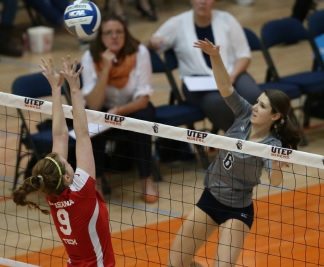 The UTEP volleyball squad lost to North Dakota in straight sets (25-19, 25-18, 25-21) on Friday in its first match of the North Dakota Invitational.

The Miners have now lost four straight to start the season.

The Orange and Blue stormed out, 0-4, to start the first set of the match before a kill from UND’s Jordan Vail kicked off the momentum for the Fighting Hawks. The teams went point for point until the score tied for the last time at 18’s. UND went on a 6-1 run to claim the first point of the match with a 25-19 win in the opening frame.

The Miners got things started in the second set with a 4-1 run but a kill from Chelsea Moser fro UND started a back and forth battle between the teams. The score tied at 12 before the Fighting Hawks went on an 11-0 run to take a 22-13 lead. The Miners were able to score five more points in the stanza but it was too late. UND took a 2-0 match advantage with a 25-18 victory before the intermission.

UTEP took the lead early in the third set (3-1) before UND rallied to tie the score 3-3 on a kill by Moser.  The two teams tied the set 13 more times before the Fighting Hawks outscored the Miners, 25-21, to win the period and the match, 3-0.

The Orange and Blue will continue in action on Saturday as it faces a double-header that will begin with Bradley at 9 a.m. (MT)and will finish with a match against South Dakota State at 3 p.m. (MT). 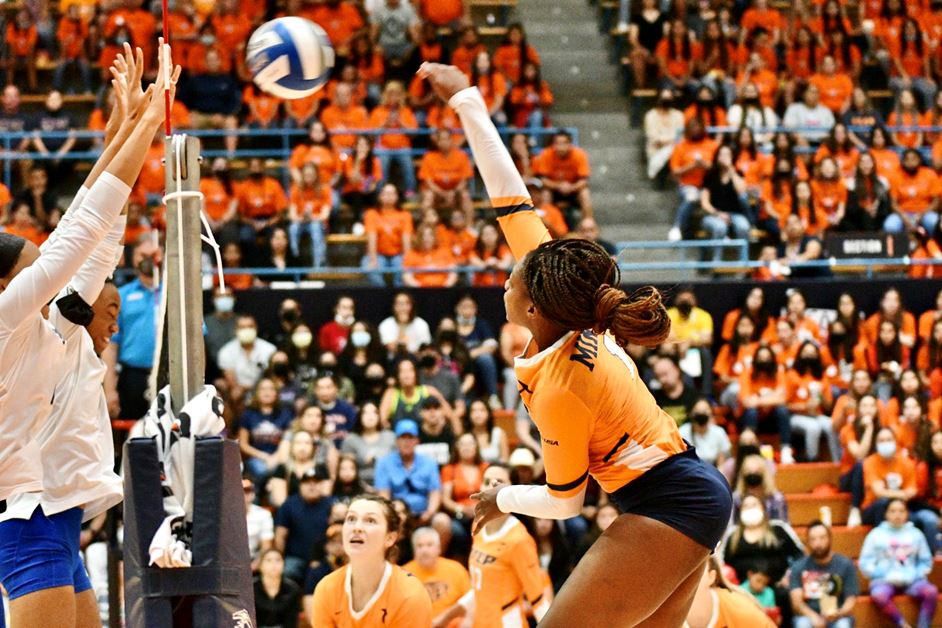 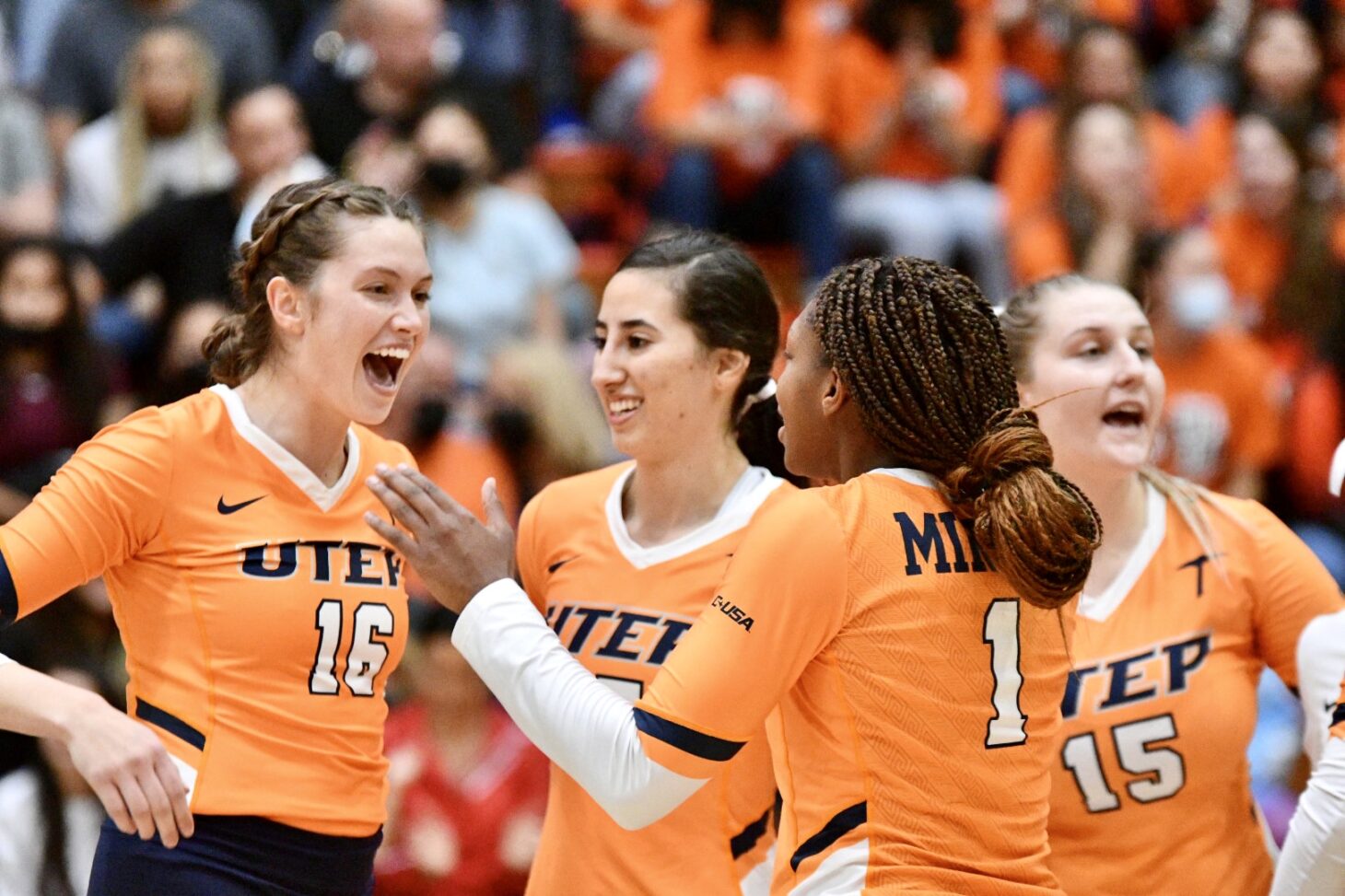