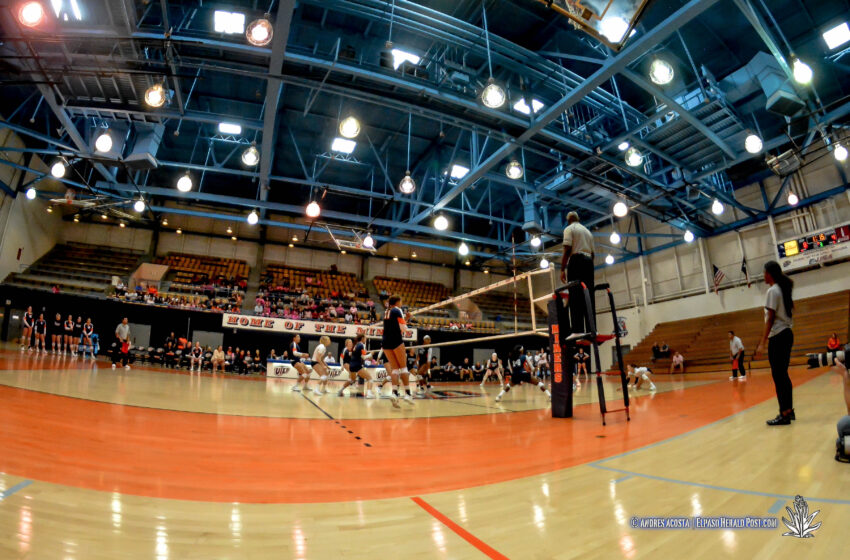 The Miners fell to 1-5 in league play, while the Roadrunners improved to 5-1.

“At the beginning of the first set we came out really hot,” head coach Holly Watts said. “We just need to keep that momentum going by getting our passes where we want them. We’ve developed some parts of our game that is really going to help us down the road.”

Austin hammered 13 kills against the Roadrunners to lead to Miner offensive effort, and Amanda King dished out 21 assists to lead the squad. Defensively, UTEP saw double-digit digs from Dania Orozco and Ashley Grzebeniak. Orozco picked up 10 digs while Grzebeniak led the team with 12.

Aiding the defense was freshman Mallory Yost, who put together another nice blocking effort, notching the team’s lone solo block and a block assist, while King teamed up for two block assists. The Miners saw service aces from Niki Cebak, Briana Arellano and Grzebeniak, who each had one.

The Miners got off to a hot 8-0 run to open the match behind kills from Yost and Austin and blocks from Kylie Baumgartner, Yost and King, forcing a UTSA timeout. Following the break, UTSA’s Brianna McCulloch ignited a 3-0 run for the Roadrunners to notch their first points of the game. UTSA would piece together three more runs to tie the set at 16. As the Roadrunners began to get ahead, King fed Austin for three consecutive kills to tie the set at 21 and force a UTSA timeout. Out of the timeout, UTSA’s Hannah Froeschl and Austin mirrored each other’s kills, but back-to-back kills by the visitors would bring up set point. Arellano notched a kill to give the Miners opportunity, but UTSA ended the set 25-23 from Marijeta Runjic’s kill.

Set two saw the Miners again striking first for two unanswered points before the Roadrunners’ McCulloch stopped King’s attack with a block to put UTSA on the board. The two in-state foes would tie six times before the Runners began to pull away to a 17-13 lead. Baumgartner’s kill would stop the run, but UTSA matched her kill, as well as Cheyenne Jones’ kill, to keep a 19-15 lead.

The Miners capitalized on two of their opponent’s errors, but UTSA went off on another 3-0 run to stay up 22-17. Arellano and Yost would find the hardwood on their attacks to bring the Miners within three, but the Roadrunners put the set away 25-19 off a kill, block, and service ace.

A 3-0 run in set three put UTEP up before UTSA got an earned point from a service error. The Miners stretched out to a 8-3 lead before the Roadrunners rallied to tie the set at 11-all. The teams would tie four more times before UTSA went on a 9-0 run to end the set 25-15, and the match 3-0.

“Our energy was better today than on Friday, which helped us play really well against a very good UTSA squad,” Austin said. “There are still some small plays that made the difference in this game that we didn’t capitalize on that we need to fix. It’s one thing to work on those things in practice, we just need to execute them in the game.”

The Miners will play their third game in four days as they head to Hattiesburg, M.S. to face Southern Miss tomorrow. The match, which was postponed last week due to Tropical Storm Nate, will begin at 12 p.m. MT.