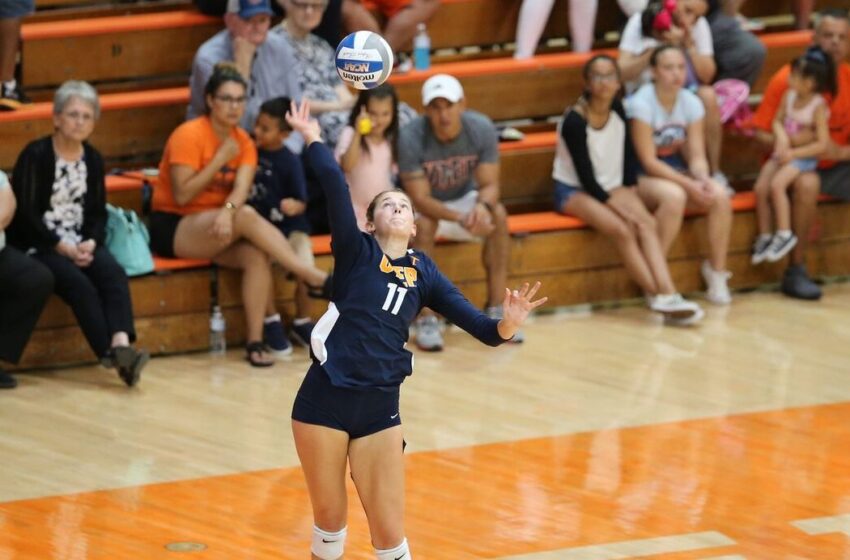 Macey Austin led the way for the Miners with a match-high 19 kills, and she also recorded a double-double with 17 digs. Martine Kragholm dominated at the net with eight total blocks. Mallory Yost also added seven total blocks at the net.

Serena Patterson registered the first double-double of her career with 11 kills and 12 digs. Captain Briana Arellano produced 10 kills and nine digs as well for UTEP.

The early stages of set one were dominated by the Miners, as they jumped out to a 10-5 lead. UTEP added to its advantage, ballooning its lead to 21-12. The Orange and Blue polished off the set behind kills from Kragholm and Austin, 25-17.

The third set saw much of the same with seven ties in the early parts of the set. With the score knotted up at 11-11, the Miners went on a 14-8 run that propelled them to victory in front of the home crowd, 25-19.

A kill by Arellano tied the fourth set at 16-16, forcing an FIU timeout. The timeout by the Panthers proved useful, as they went on a 9-3 run, tying up the match at two sets apiece, 25-19.

FIU gained early control of the deciding fifth set, forcing a Miner timeout, 8-4. That advantage proved to be too much for UTEP to overcome as it dropped the set, 15-11.

Watts’s Thoughts
“We did so many nice things tonight, and battled throughout the whole match. One of the things we have really been trying to work on is consistency. The people out there did a really good job of doing that, and we had really good support from the whole team. We are looking forward to the next opportunity to get in the gym and try it again.”