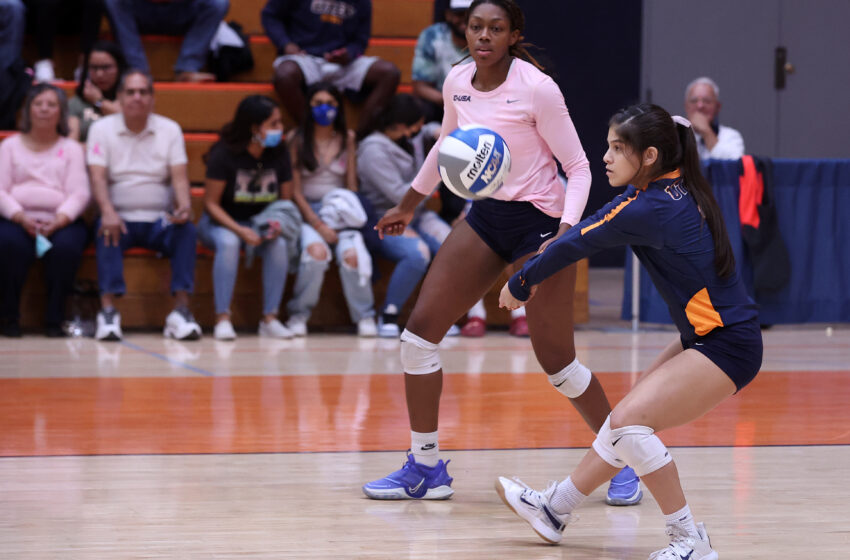 “UTSA is going to be a tough matchup for us this weekend,” head coach Ben Wallis said. “They’re playing very well and making it really hard on opponents. They just knocked off North Texas in Denton, which is a tough place to win for anyone. They’re actually a little more balanced than they were earlier in the year which is making them harder to defend. They serve it tough, they pass it pretty well, they dig it well and they keep coming at you over and over again. If you’re not ready for that kind of match they’ll get you.:

Alianza Darley achieved a season-high of 17 kills and 18 points posted against UAB on Oct. 22.

Hitting with Consistency
UTEP has hit .250 or better 15 times total on the season, including nine matches at .301 or above. The opposition has only topped .250 six times in 21 contests on the campaign. Six Miners are swinging better than .250 on the year. Vittoria Price (.426) leads the team among players with at least 75 kills.

Block Party
The Miners registered a season-high 14 blocks in the 3-0 win against Louisiana Tech on Oct. 9. UTEP has posted at least 10 blocks in nine matches this season. Alianza Darley (75), Kenidy Howard (67), Price (61), and Ema Uskokovic (53) each have tallied at least 50 total blocks to lead the charge.

UTEP has five players ranked in the top 10 in seven different categories in the conference: Alyssa Sianez is fifth in total digs (309), Hande Yetis is sixth in aces per set (0.40), Kenidy Howard is eighth in blocks per set (1.05), and Alianza Darley is ranked ninth in total blocks (74).

Scouting UTSA
UTSA is 7-13 (4-4, C-USA) on the year, recently splitting a pair of matches against North Texas. Nationally, the Roadrunners are currently ranked 68th in digs per set (15.96, 3rd C-USA). The program is led offensively by senior outside hitter Kirby Smith with 137 kills (1.96 kills/set) and 29 service aces, and junior setter Courtney Walters with 485 assists (7.03 assists/set). On the defense, senior defensive specialist Mia Ybarra paces the squad in digs (296, 4.23 digs/set) while sophomore Amanda Ifeanyi leads the team in blocks (54, 1 solo / 53 assists).

“Laura’s (Neugebauer-Groff) team’s always play hard and this one is no exception,” Wallis said “They have a pretty active setter, and she is playing well right now too. We’re the more physical team with the athletes that we’ve collected, but none of that matters if you don’t match their effort and don’t expect to take three to four swings to score against this team.”

The Series vs. UTSA
UTEP is 23-24 against UTSA, and the first meeting was back in 1983. Under head coach Ben Wallis the Miners are 2-2 against the Roadrunners. The Miners won the last two meetings.

“Make no mistake: this is a grinder match and we’ll need to just gut out some points against this team in order to get a victory on Friday night and reassess for Saturday,” Wallis said. “We’re trying to roll that snowball down the hill and build some momentum as we get closer and closer to the conference tournament. This is a dangerous team right now because they, like us and UAB, are fighting to get in and they know that any loss could potentially end their season.”