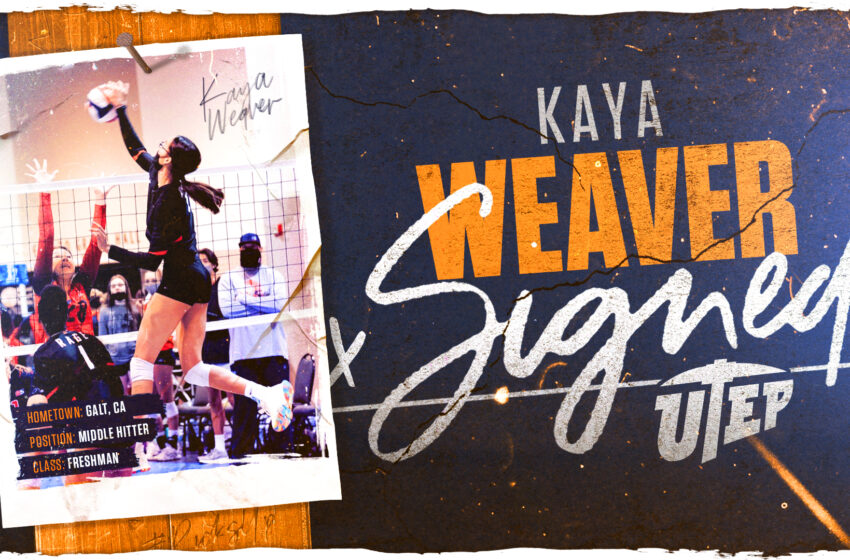 “We are very excited to be able to pick off Kaya Weaver for this class so late,” head coach Ben Wallis said. “She was under-recruited because she played on a second team for club in Northern California and is fairly new to the game still being that she really just started playing in 9th grade. Thankfully for us, she was still available, and we were looking for exactly the skill set that she possesses.”

The 6-1 middle hitter from Galt, California tallied 247 kills with a hitting percentage of .345 in her final season with Rage Volleyball Club in 2021-22. The four-year Galt High School varsity member received high recognition from league coaches when she was named Sierra Valley Conference League Most Valuable Player. Weaver was also honored as an SVC All-League player. Weaver drew attention from league coaches with her overall season performance, including 172 kills and 81 blocks. Weaver’s season hitting percentage was .390. Weaver’s MVP recognition is a first in many years for the Lady Warriors.

“She’s long, extremely fast – laterally, very quick off the ground – which is what you want for a middle, and has a big arm. She’s a raw, athletic prospect, a lot like Alianza Darley was when she got here, but we love these kinds of recruits because we get to teach them from day one what we want to develop them into.”

“She’s bright and loves playing volleyball and is really going to fit well with the other three that we’ve committed so far in this 2022 class,” Wallis said. “Kaya could really develop into a special player here in El Paso.”