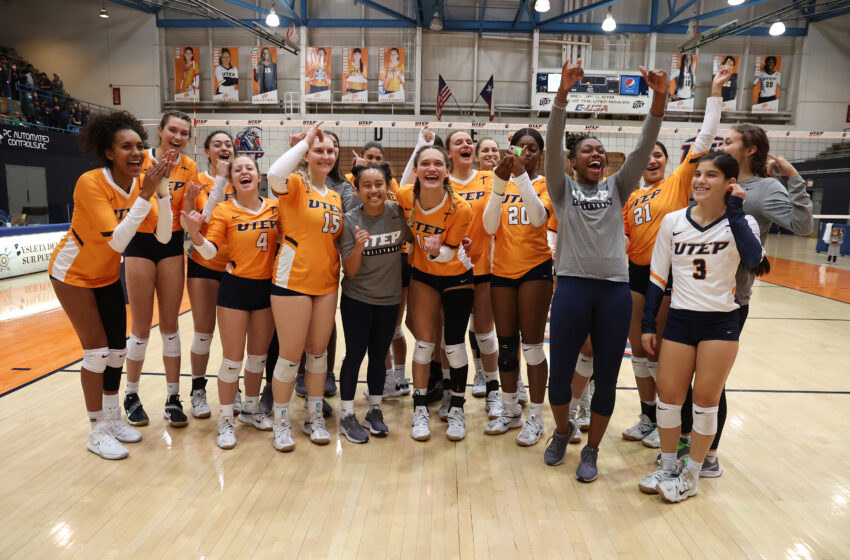 “I was surprised at the way we stopped North Texas,” head coach Ben Wallis said, “but I’m not surprised at the way we scored. We passed it fine, but we passed it erratically. Alyssa and Paulina helped us a lot in both matches by staying consistent. Unfortunately, for North Texas, they tried to pull a rabbit out of the hat and that cost them, it cost them in their continuity. They tried to put Rhett (Robinson) on the right to try to bother us a little bit there, but we just backset and that made big problems for them.”

The campaign locked in the No. 2 seed on the west bracket for the C-USA Championship Tournament.

UTEP set the tone to start the match with a 3-0 scoring run. As the Miners led by two-points, they produced an 8-1 scoring run to maintain that lead. North Texas couldn’t keep up with UTEP’s offense as it posted a 6-0 surge to win the set.

After coming off a 5-0 scoring run, UTEP stuck with the lead. As the Mean Green attempted to rally, they were no match for the Miners’ quick scoring performance. The Orange and Blue came out on top to take a 2-0 advantage in the match.

The Miners maintained a minimum five-point lead in the final set. North Texas generated six errors to send UTEP into set point and the winning kill by Ava Palm locked in the second seed for the campaign in the C-USA Championship Tournament.

“Our team was relentless defensively,” Wallis said. “We jumped on them and they looked like they were tired and we weren’t. We were ready to win today and ready to lock in the second seed. We’re playing good volleyball right now and I’m excited.

“This was a very special performance for my team,” Wallis said, “and they rose to the occasion and did exactly what they wanted to do. They were in total control the whole time.”

UTEP will be back in action as it travels to Las Cruces, NM to face off against I-10 rival New Mexico State, Nov. 10. The match will be streamed on the WAC Digital Network, with live stats available.