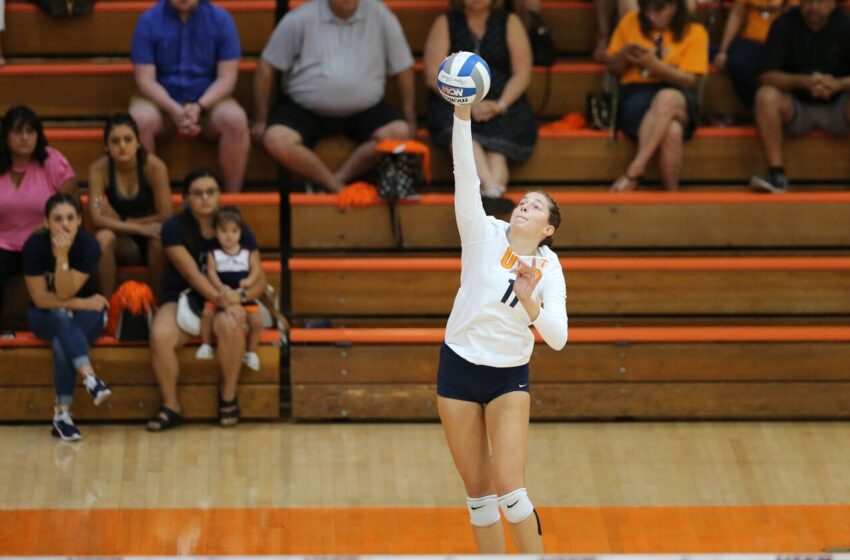 In the first set there were 13 ties between the two teams. Austin propelled the Miners with six kills in the set on a .500 hitting percentage. With the score knotted up at 22-22, the Beavers ran away with the final three points of the set.

The second set was captured behind an Oregon State 9-4 run that UTEP could not recover from. The Miners battled but could not close the gap, losing the set 25-18.

The third set was started by some stellar play at the net with Maddie Morgan and Jones assisting on a couple of blocks for UTEP. What ensued was a back and forth affair resulting in a 12-12 score. OSU tallied a 10-3 run, and then put the set away, 25-17, to capture the match.

“We competed today against a tough Oregon State team. It was another match where our aggressive serving gave us chances to score. We need to be more consistent with our passing to have all of our offensive options.”

UTEP will take on host school San Diego State Saturday morning (10 a.m. MT) in the second match of the SDSU Challenge. The Miners will then travel to Riverside, Calif., to play California Baptist later that evening (8 p.m. MT) for the final match of the road trip.