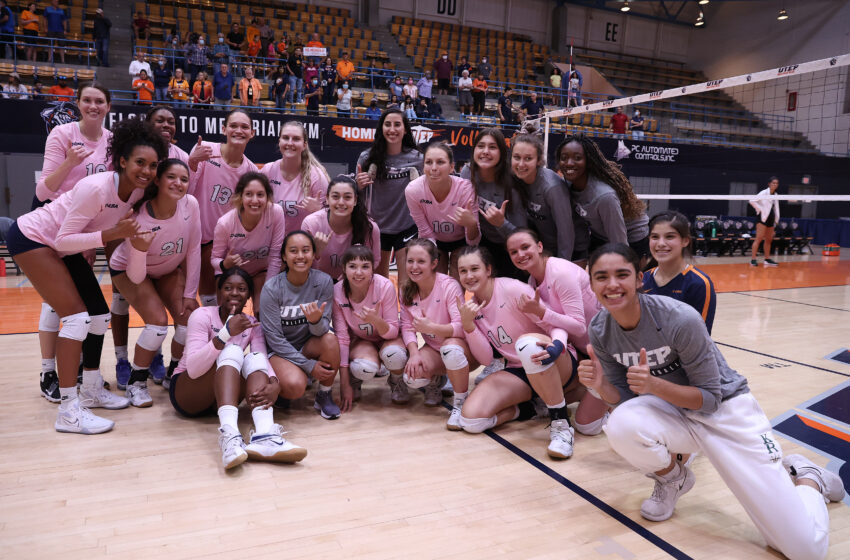 “I’m really proud of our serving subs, Savannah (Trahan) and Ava (Palm) because they went out and served bullets,” Wallis said. “All in all, it was a massive team effort because that’s a tough team to sweep.”

UTEP set the pace in the first set, taking off with multiple scoring runs. The Blazers attempted to rally but were no match for the 4-1 run the Miners pulled off to win the set, 25-18. UTEP hit an outstanding .379.

UAB rallied to take the lead in the second set and kept a steady five-point advantage over the Miners for half the set. UTEP snuck up on the Blazers with a 7-0 scoring run to take back the set. After the set went into three set points, back-to-back kills by Uskokovic landed the Miners with the set win and a 2-0 advantage in the match, 27-25. UTEP hit .326.

The final set consisted of 16 tied scores and five lead changes. Each team produced numerous scoring runs to take the lead. Tied at 23-23, the Miners shut down the Blazers with back-to-back kills by Darley and Perez Rosas to win the match, 25-23. UTEP hit an outstanding .389.

UTEP will be back in action as it travels to San Antonio, Texas, to face off against UTSA Oct. 29-30. The matches will have live stats available.