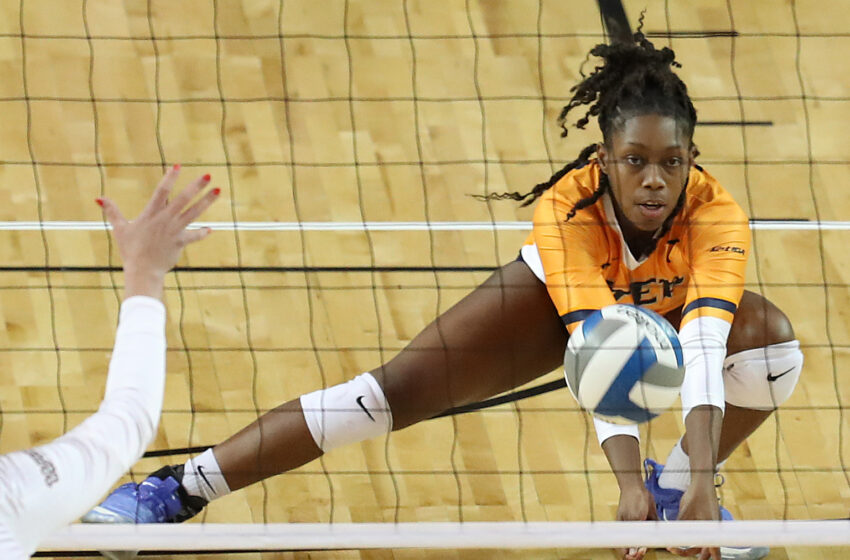 The campaign has accomplished 20 wins and now advances to 20-6 (8-4 Conference USA) on the year.

Perez Rosas led the team with 20 kills and produced 11 digs for a double-double. Kristen Fritsche tallied 25 assists while Hande Yetis achieved 22. Alyssa Sianez anchored a match-high 26 digs for the squad. Perez Rosas (.419) and Yasso Amin (.368) led the team in hitting percentage over .350 among players with at least 10 kills.

The Miners achieved nine blocks and racked up 10 service aces.

“I knew it was going to be hard,” head coach Ben Wallis said. “They knew we were good and we knew they were good. This was two really good teams that wanted to test and challenge each other. Both teams never stopped and we made them (NMSU) uncomfortable, we forced that.”

Hande Yetis started off the match with a clean service ace for the Miners. UTEP gained a strong lead coming off a 4-0 scoring run. As the campaign led 23-17, the Aggies rallied to produce a 9-1 scoring run to win the set.

As the teams traded points to start the set, an Aggie kill would tie it up 12-12 and take off with a 4-0 scoring run to take the lead. The Miners attempted to catch up, but were stopped as the Aggies would finish on a 12-7 run to take a 2-0 advantage in the match.

Both teams were on a mission to make a statement in the match. NMSU sought out a sweep while UTEP looked to avoid it. After 11 tied scores and four lead changes, the Miners rallied to win the set and landed themselves on the board.

UTEP gained great momentum to take on a quick five-point lead. The Aggies were unable to catch up and were no match for the Miners’ rapid scoring performance. The Orange and Blue won the set, forcing a fifth as each team would take two-wins a piece in the match.

The Miners scored the first point of each set this match. The final set consisted of four tied scores, but UTEP remained in the lead. The Miners produced a 6-1 run with the end in sight. As the Aggies closed in trailing by two points, 13-11, attack errors from NMSU would notch a second UTEP victory in the Battle of I-10.

“I’m really proud of my group for accomplishing 20 wins,” Wallis said. “Great teams in moments like these have multiple players that want to go make the special, tough, take-risk plays. And I would pump them up throughout the fifth and tell each one ‘you’re going to go make the plays’ and they did.”

The Miners are set to face the C-USA East’s No. 3 seed FIU at 5 p.m. MT on the opening day of the Conference USA Championship Tournament on Friday, Nov. 19, in Norfolk, Virginia (hosted by Old Dominion).