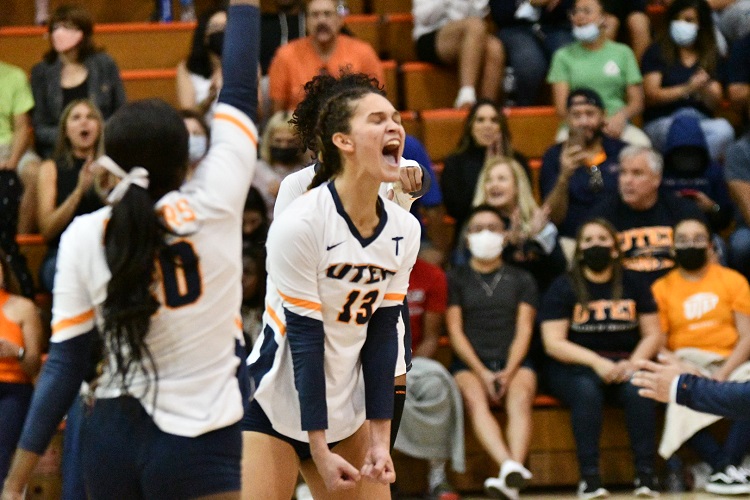 The Miners totaled seven blocks against the Lady Techsters and hit .315.

“I’m thankful to get our first conference win of the year,” head coach Ben Wallis said. “It was much needed after losing two to Rice last weekend. Those were tough loses on our team, and they were frustrated by starting off conference play 0-2.

“I thought Serena (Patterson) was really good attacking it and I got her out of the game in the third set to rest,” Wallis said. “I got a chance to get Kenidy (Howard) and Vittoria (Price) some more swings, which is big because we have to get more out of them as we get further into conference.”

UTEP secured the lead in the first set, going on an outstanding 14-2 scoring run. The Miners stopped the Lady Techsters early on and quickly obtained the set at 25-13 while achieving an impressive hitting percentage of .412.

After coming off a 4-0 scoring run to begin the second set, the Miners ran with the advantage. LA Tech was unable to catch up, resulting in a back-to-back set wins for UTEP, 25-15.

“Our goal was to hit over .300 and keep LA Tech under .100, which we achieved,” Wallis said. “The most important goal that I set for them was to go 1-0 tonight and now we have a chance to get back at it tomorrow to be 2-0 on the weekend and 2-2 in conference.”

UTEP will look for its second straight win against LA Tech Saturday (Oct. 9) at 12 p.m. MT. Tickets are $8. The match-up will be streamed by CUSA.tv, with live stats available.