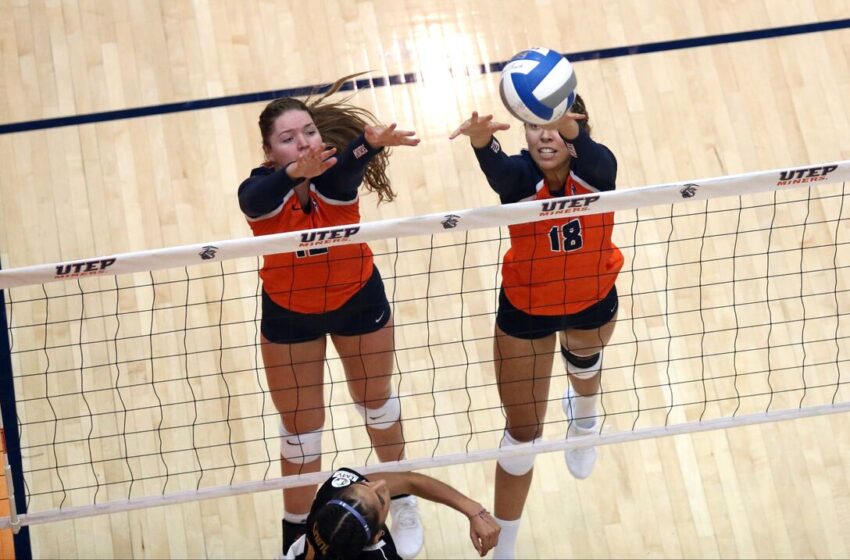 UTEP was paced in kills by Serena Patterson (10), who recorded her second-straight double-double with 12 digs. Cheyenne Jones and Mallory Yost both added eight kills to the effort, with Yost boasting a .417 hitting percentage.

Kristen Fritsche registered 27 assists, while Briana Bustillos locked in 19 digs for the Miners. The Orange and Blue outperformed Middle Tennessee in digs by 10 (53-43).

The Blue Raiders jumped all over the Miners early on the first set with a 5-0 run, forcing a UTEP timeout. The Orange and Blue would be unable to recover the first set deficit in large part because of seven service aces by Middle Tennessee, 25-13.

The second set was a back-and-forth affair until the Blue Raiders took a 23-20 lead. UTEP would storm back with a 4-0 run that threatened set point. Middle Tennessee would answer and ultimately take the set in dramatic fashion, 27-25.

In the middle of the third set UTEP mounted a 5-0 run giving it the edge, 14-13, forcing the Blue Raiders to use a timeout. The two teams traded blows for the rest of the set with the score knotted up at 24-24. Middle Tennessee would capture the next two points to claim the match, 26-24.