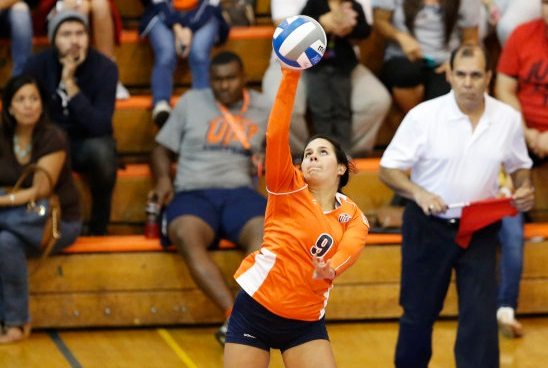 In its first match, UTEP matched up against ACU. The Miners and Wildcats traded points in the first and second sets with each team taking one to tie up the score. The Wildcats took the lead in the third set but after being tied at 14, the Miners were able to pick up momentum and were able to take the set. UTEP played a strong fourth set earning the team its first win of the season.

UTEP took on TCU in the second match of the day. The Miners and the Horned Frogs fought point for point but TCU ultimately swept the Miners in three sets.

The Miners will resume non-conference action at the Belmont Bruin Blast Invitational. The team will have a double header against Memphis at 9 a.m. (MT) and Belmont at 5 p.m. (MT) on Friday. The Orange and Blue will round out the tournament with a match against South Alabama on Saturday at 10 a.m. (MT).