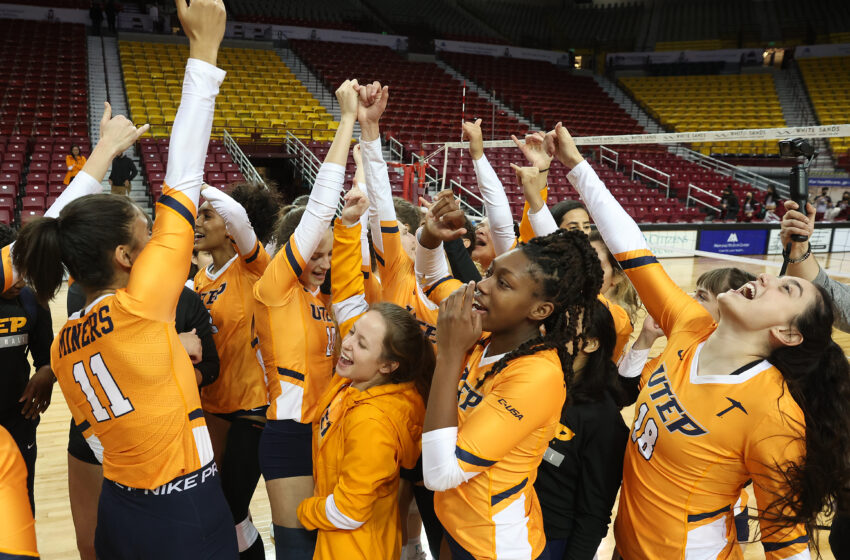 Yasso Amin was the top scorer (15 points) for the Miners producing 13 kills and four total blocks. Alianza Darley tallied 13 kills and posted 14 points. Frye led the team with 28 assists while Kristen Fritsche recorded 24. Paulina Perez Rosas paced the team with 14 digs, along with 12 kills for a double-double. Amin (.476) and Darley (.357) led the team in hitting percentage over .300 among players with at least 10 kills.

“I’m really proud of our team for their first postseason win in the history of the program,” head coach Ben Wallis said. “We played great in transition, and that’s the key to really good volleyball at this level. My team went out there and proved they were the better team.

“I’m really proud of Ryley Frye,” Wallis said. “For not playing much all year, she went in there and popped out eight aces. She set the tone from the service line and the rest of the team felt her mojo and started wrecking serves too.”

The Miners registered a season-high of 14 service aces and racked up nine total blocks. The Orange and Blue hit for .313.

Tulsa started the set with a 9-2 scoring run, forcing an early UTEP timeout. Match standout, Ryley Frye, recorded three service aces in a 9-0 rebuttal to help the Miners take the lead. Frye busted out back-to-back service aces to close and win the set.

The Hurricane replicated the same momentum, taking on a 9-3 run. Tulsa sustained its point advantage throughout the set and landed on the board, leveling up the match.

The Miners recorded an impressive 13-3 scoring run to jump ahead of the competition. UTEP closed out the set with a 4-0 run to take a 2-1 advantage in the match.

As each team exchanged points to start the set, the Miners turned up the heat and posted two 6-0 runs to lock in the lead. Tulsa came up short after its 5-0 rally, trailing by just four points. UTEP sealed its historic victory with a 4-1 run.

UTEP volleyball will face off against Colorado State Friday evening (Dec. 3) at 7:30 p.m. MT in the second round of the National Invitational Volleyball Championship at Moby Arena.

The match will be live streamed on Mountain West Network, with live stats available.