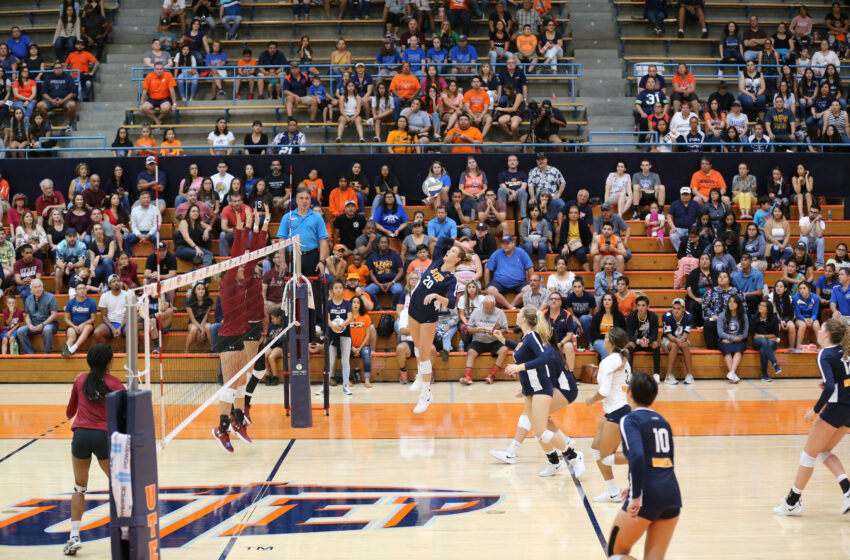 The UTEP volleyball team (2-7) dropped a match to NM State (8-2) in three sets on Sunday afternoon at Memorial Gym.

Senior Maddie Morgan led the way for the Miners with nine kills and a scorching .643 hitting percentage. Macey Austin and Cheyenne Jones both chipped in seven kills for UTEP.

The first set was quick work for the Aggies. They jumped out to a 12-3 advantage and never looked back, taking the set 25-11.

In the second set the Miners’ effort on the court gave them a 20-15 lead, which was motivated by the incredible homecourt crowd in Memorial Gym.

The third set was a back and forth affair, having six ties between the teams. UTEP fought back, being led by back-to-back kills from Morgan to cut into the 20-18 Aggie lead.

NM State outscored the Miners 5-2 in the final points to capture the match in three sets over the Orange and Blue.