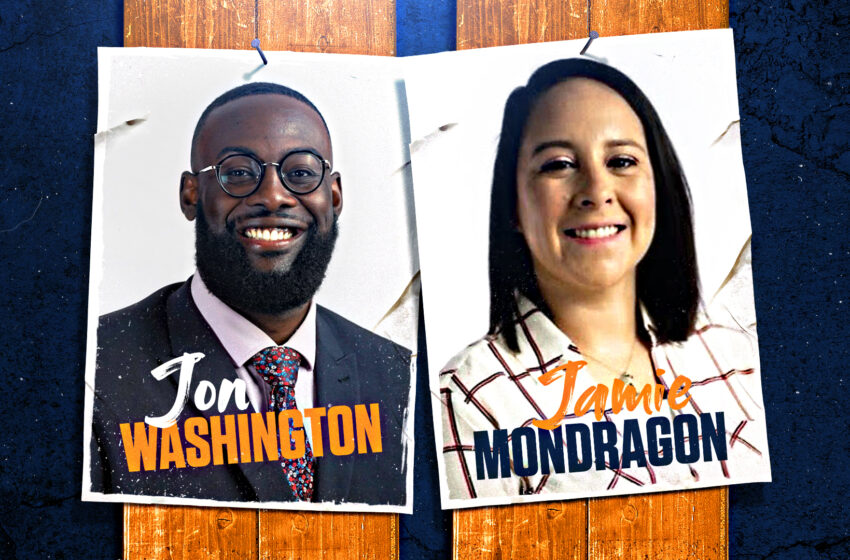 Jon Washington has been named Associate Athletic Director for Fan Engagement and Digital Strategy, and Jamie Mondragon has been tabbed Director of Marketing for UTEP Athletics.

“We are looking forward to Jon and Jamie joining our staff,” UTEP Vice President and Director of Athletics Jim Senter said.  “They come highly recommended and will be filling two really critical positions for us.  We like the fact that they have been working in tandem for several years, first at New Mexico and most recently Lamar.  They’ll bring some fresh energy and ideas as we look to enhance our game day experience, continue to improve our social media content and engage our supporters far and wide.”

Washington has spent the last two years as Associate Athletic Director for External Relations at Lamar, where he had oversight of the Marketing, Sports Information, Development, Ticketing and Video departments, as well as social media – resulting in an increase of more than 15,000 followers.  Washington oversaw all revenue generation strategies.  He also served as the sport administrator for cross country and track and field, and handled all of the Cardinals’ licensing responsibilities.

He spent five years (2014-19) as Senior Marketing Manager for the Lobos.  The Albuquerque native managed the marketing, video and creative staffs and directly led the marketing efforts for the football, men’s and women’s basketball, baseball and volleyball programs.  He was a Marketing Assistant for the Lobos from 2012-14.  Washington was an offensive lineman on the New Mexico football team, lettering in 2011.  He received his Bachelor’s of Business Administration from New Mexico in 2012.

“I am excited to join the UTEP Athletics team!” Washington said.  “I hope that I can make an impact on the student-athlete and fan experience.  Picks Up!”

Mondragon served as the Director of Marketing at Lamar since 2020.  She was responsible for the marketing for all 17 Cardinal athletic programs and also planned and executed Cardinal Lane, Lamar’s tailgate area for football.  She also partnered with campus on student engagement strategies.  Mondragon assisted with new premium areas on football game day (Beer Garden, Cardinal Cabanas).  She also managed all of Lamar Athletics’ social media accounts.

Also hailing from Albuquerque, Mondragon was Assistant Director of Marketing for New Mexico from 2018-20.  She coordinated marketing for the football, men’s and women’s basketball, baseball, soccer, softball and volleyball teams. She revitalized the Howl Zone tailgating area at home football games.  Mondragon also oversaw the Lobos’ student engagement outreach.  Mondragon was a marketing assistant for UNM from 2016-18 and also worked as a donor assistant for the Lobo Club from 2013-16.  She earned her Bachelor of Arts degree in Communication from UNM in 2018 and is pursuing her MBA in Marketing at Lamar.

“I am thrilled to be joining the UTEP Athletics team!” Mondragon said.  “I am excited to get started in making an impact here.  Picks Up!”

Both Washington and Mondragon will join the Miners’ Senior Staff on Jan. 3, 2022.