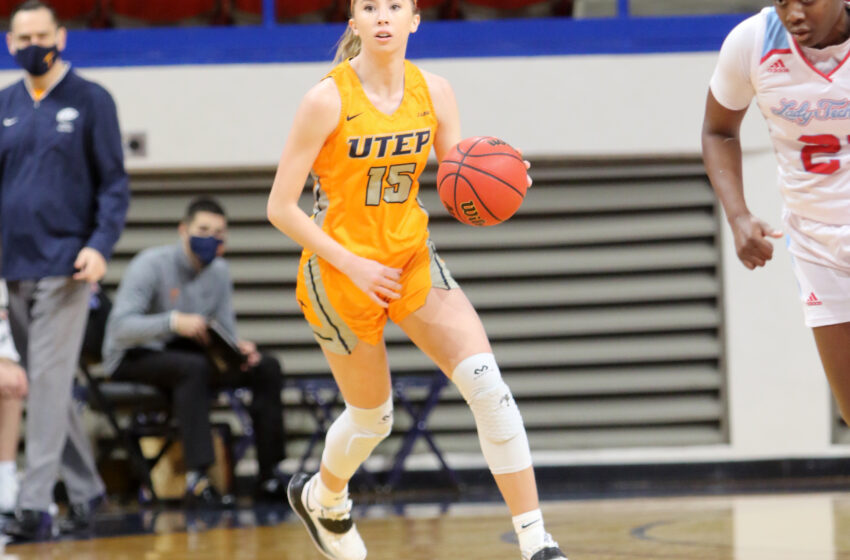 The 2021-22 UTEP women’s basketball season starts in less than a week. But first, the Miners will host St. Mary’s (TX) in an exhibition to tune up for the new campaign on Sunday. The Miners and Rattlers are set to tipoff at 1 p.m. in the Don Haskins Center.

“I’m excited to be playing a team as good as St. Mary’s. We tried to scrimmage them every year because Coach [Jason] Martens does such a great job. He’ll have a team that is very prepared, plays hard and is very talented,” fifth-year UTEP Head Coach Kevin Baker said. “I’m also looking forward to playing our style of basketball. The scrimmage that we had [on Oct. 30] is what I called a pure-vanilla scrimmage. We didn’t do any pressing, we didn’t do any bells and whistles. But in this exhibition, we’ll do everything that we like to do.”

The Miners are coming off a 17-win season from a year ago. UTEP finished 17-8, including 13-5 in Conference USA action, to earn the no. 2 seed in the C-USA West Division. The Miners advanced to the C-USA semifinals for the first time in five years. Additionally, the 13 victories in league play were the most since 2016.

UTEP heads into the new season with four returning starters and six letterwinners overall back in the fold.

Sophomore point guard Katia Gallegos leads the charge as the El Paso product was named All-C-USA first team. Gallegos was the first Miners since 2008 (Jareica Hughes) to be a first-time All-League honoree. She led UTEP and was among one of the C-USA leaders in assists per game (5.0-third), assist-to-turnover ratio (1.62-sixth) and total steals (42-sixth). Gallegos, starting in all 25 games, averaged a team-best 13.8 points per game.

Sophomore guard Avery Crouse started all 25 games, averaging 7.9 points per game, 4.4 rebounds, 1.8 assists and 1.0 steals. Elina Arike played in all 25 games, starting in 24. The freshman forward ranked second on the team in blocked shots (six) and third in offensive rebounds per game (1.1). Junior guard Destiny Thurman played in 22 games, starting in 15. Thurman ranked second on the squad in steals (26) and 3-point attempts (82), and third on the team in scoring (9.1 ppg). Brenda Fontana played in 20 games (1.3 ppg, 1.1 rpg) and Dagne Apsite appeared in 10 games off the bench.

Tickets start at $8 while groups of 10 can purchase tickets for $5 a piece. Fans can buy single-game tickets and season tickets (starting as low as $65) for the new campaign at the Eisenberg Family Ticket Office by calling (915) 747-UTEP, visiting www.UTEPMiners.com/tickets, emailing tickets@utep.edu, or in person at 500 W. University Ave., 79968-0579 (Monday thru Friday from 8 a.m. to 5 p.m.).