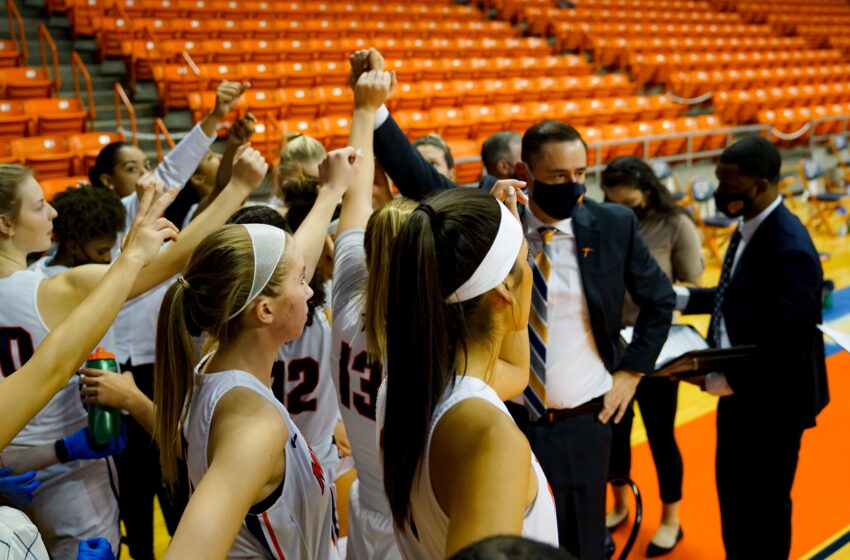 Gallegos drove right to the basket with under five seconds remaining in regulation with a game-tying layup to knot both the score at 68-68 and her former career-high of 23 points.

One minute into the extra period, Roebuck knocked down her only three of the game to put the Miners up 71-70 and the lead for the rest of the contest. Roebuck scored six of her career-high 15 points in overtime.

Four players – guards Sabine Lipe and Gallegos and forwards Michelle Pruitt and Brenda Fontana – each pulled down six boards to help the Miners outrebound the Aggies 44 to 33.

UTEP shot 41.9 percent from the field, but the biggest difference in the game came at the charity stripe with the Miners sinking 25 of their 37 free throws compared to the Aggies’ six.

Gallegos swiped the Aggies for two steals and two easy layups on consecutive possessions early on to help UTEP to a 17-12 lead in the first quarter.

NM State answered in the second period shooting at a 68.1 clip while going a perfect 3-3 from beyond the arc. The Miners and Aggies traded blows in the second half, scoring 35-35. It was Gallegos’ two free throws with 17 seconds remaining, extending the UTEP lead by two possessions, that put the game out of reach.

The Miners have now taken eight of the last 11 matchups with their cross-border foes.

UTEP women’s basketball is back in action at the Don Haskins Center on Saturday when they host Incarnate Word (0-1, 0-0 Southland) at 1 p.m. MT on Nov. 28.