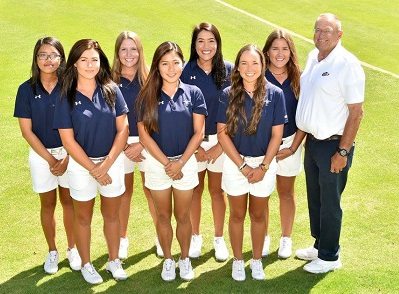 The UTEP women’s golf team will open the 2017-18 season at the MSU/Payne Stewart Memorial on Monday and Tuesday in Springfield, Mo.

It is the first of five fall tournaments for the Miners, who will also participate in the Bob Hurley ORU Shootout (Sept. 25-26 in Tulsa), the NM State Aggie Invitational (Oct. 9-11 in Las Cruces), the FAU Fall Invite (Oct. 16-17 in Boca Raton) and the Little Rock Classic (Oct. 29-31).

UTEP is coming off its best season since the 2011 Conference USA championship run.  The Miners won the Lady Red Wolf Classic in Jonesboro, Ark., and took second at three tournaments.

One of the runner-up finishes came at the MSU/Payne Stewart Memorial, but left a bitter taste after UTEP led by 10 strokes heading into the final round.  The Miners shot 300 as a team in the final round, but South Dakota State shot 287 to claim the title.

Anghelescu, Downs, Haddad, Mendizabal and Ting are in coach Jere Pelletier’s lineup for the first tournament of the season.

“Practice has been going well.  The girls have been working hard,” Pelletier said.  “I’m hoping that we can be competitive in this tournament again and finish in the top five.”

The Miners will lean on vets Downs (75.1 scoring average in 2016-17) and Ting (75.6) for leadership this season.  But Pelletier likes what he sees from his newcomers.

“I’m really excited about Valeria,” he said.  “Taylor has a lot of ability, just not a lot of experience.  Audrey is a really good ball striker.  This will be her first tournament so she may be a little nervous, but she’s a good player.  Shannon just got here, so I really haven’t seen her play yet.  But I’m pretty optimistic about how we’ll play.”