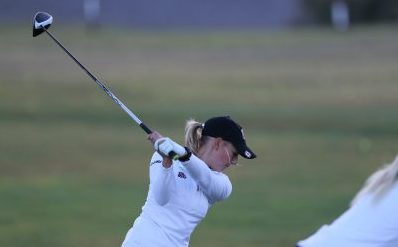 HOT SPRINGS VILLAGE, AR. – The UTEP women’s golf team wrapped up its fall season with another top-five finish on Tuesday, as the Miners took third at the Little Rock Classic in Hot Springs Village, Ar.

The Miners braved challenging course conditions as temperatures hovered in the mid to high 40’s for the final 18 holes.

“The course was very tough. The conditions today were really hard. The greens were as hard as we have ever played,” UTEP coach Jere Pelletier said. “Getting another top-five finish was good, but I was a little disappointed that we didn’t win.”

“I was happy for Lily, she had a good tournament again,” Pelletier said.

Missouri State’s Verena Gimmy was the individual winner with a four-over-par 220. A total of 15 teams participated in the tourney.

The Miners placed in the top-five at all five fall tournaments. They’ll open their spring slate at the Texas State Invitational Feb. 12-13 in San Marcos.