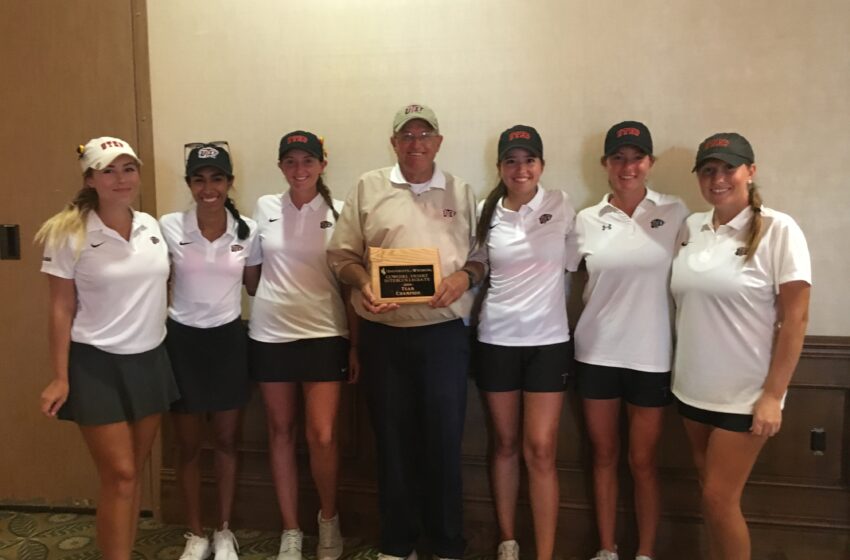 PALM DESERT, Ca. – The UTEP women’s golf team captured its first team title of the 2018-19 campaign and first since claiming the Little Rock/ASU Invitational on March 27, 2018.

The Miners (305-303-302—910) fired a 302 during the final round to claim victory at Classic Club (par 72/6,097 yards). Sophomore Valeria Mendizabal led the team and placed second overall on the individual leaderboard, while senior Lily Downs finished third overall at the Wyoming Cowgirl Desert Classic on Sunday afternoon.

Mendizabal (+3) finished the day registering four birdies in the final round. She had the most consistent play of the tournament shooting 73-73-73—219 to finish second overall and one stroke behind UC Riverside’s Jakeishya Le (71-76-71—218), who finished 2-over par. Mendizabal shot a 2-under par on par 5 holes, tying for the lead on par-5 scoring during the weekend.

The Miners led the field with 158 pars and combined 24 birdies, the fourth most during the weekend.

The Miners last won the Wyoming Cowgirl Classic on April 6, 2010.

UTEP will return to action on Oct. 8-10 at the Aggie Invitational in Las Cruces, N.M