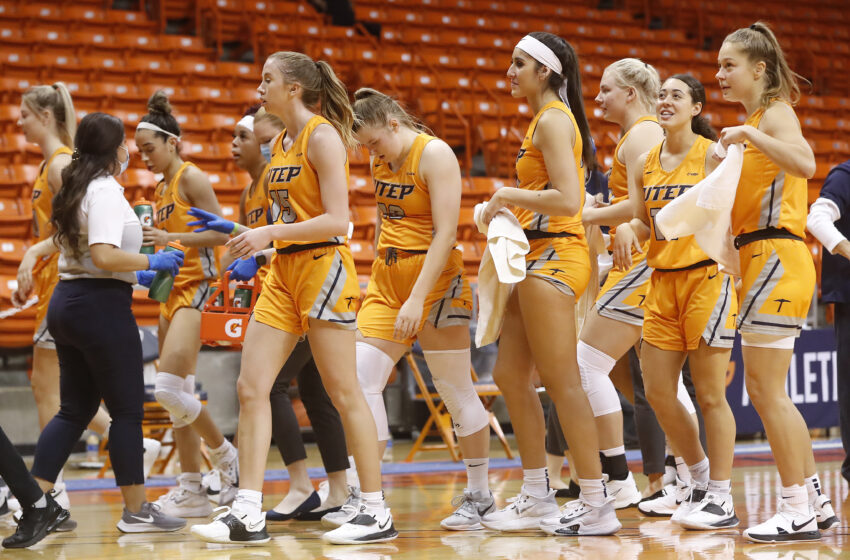 NAU holds the upper hand in its all-time series with UTEP with a 9-13 record. The two programs’ most recent matchup came on November 11 of the 2016-17 season in which the Lumberjacks defeated the Miners, 65-51, in the Don Haskins Center.

“(NAU) plays a lot like we do,” said UTEP head coach Kevin Baker. “They press the same way that we press, they play defense the same way we play (and) they run a lot of entries into offense. They are very similar to us. It’s going to be a very interesting game. They’re returning (many) starters from last year except for one. … It’s going to be a tough contest for us, but we are looking forward to it.”

NAU was a plus-.500 program (16-15) for the first time in over 10 years last season. This came in just two years since the hiring of new head coach Loree Payne in April 2017. The Lumberjacks are picked to finish third in the Big Sky Conference. Payne has all three of their top scorers returning from last season: Khiarica Rasheed (16.5 ppg), Jacey Bailey (14.0 ppg) and Nina Radford (12.2 ppg).

NAU has already made a statement early this season, defeating UNLV 79-75 on Nov. 25 and trailing No. 7 Arizona by just one point at the half before they inevitably fell to the Wildcats, 76-63, on Nov. 29. The Lumberjacks went on to sweep conference opponent Eastern Washington on Dec. 5 and 6, 89-60 and 69-55, respectively.

Most recently, NAU dropped its second game of the season after leading Grand Canyon through three quarters, 49-43. However, a cold stretch in the fourth quarter that saw the Lumberjacks score only nine points off 4-of-14 shooting while the Antelopes put up 23 points off 9-of-16 shooting and 5-of-10 from the free throw line ultimately lost NAU the game.

The quartet is a big a reason why NAU is tops in the Big Sky with an average of 71.6 points per contest.

UTEP came up short for the first time this season in yet another fourth-quarter rally at Utah State last Sunday (Dec. 13), 68-65. Sophomore guard Katia Gallegos led all scorers with 19 points off 7-of-11 shooting including two 3-pointers. Junior guard Destiny Thurman made a splash in her UTEP debut with 14 points and two clutch back-to-back 3-pointers late in regulation. Senior forward Tatyana Modawar picked up eight points of her own and led the team with seven rebounds off the bench.

Gallegos was selected to the C-USA Preseason Team on Nov. 4 making her the first Miner to appear on the list since Jenzel Nash and Sparkle Taylor in 2016-17. Five days later, Gallegos was tabbed as one of the 20 candidates for the Nancy Lieberman Award given to the top point guard in NCAA Division I college basketball. Gallegos led C-USA in assists (154) as a freshman, averaging 5.1 per contest, while she was the Miners’ third-best scorer with 9.6 points per game.

Gallegos ranks second in C-USA in scoring with 20.8 ppg in a minimum of four games played. Gallegos has reached 20 points in three of the Miners’ four games on the early season – and set a career-high 25 points in the season opener against NM State (11/25) – after only reaching the mark once in her freshman campaign (23 points at Southern Miss 1/9/20).

Gallegos has also resumed her role as facilitator of the Miner offense. The El Paso native point guard leads the conference with 22 assists and ranks second with 5.3 assists per game.

Gallegos has shouldered a lot of minutes as well with a conference-most 164 minutes in four games played. She has played 45 minutes more than the next C-USA player on that list.

Thursday’s contest marks the first time a UTEP women’s basketball game will be available for FREE streaming (audio only) through the new UTEP Miners app available in both the Apple Store and Google Play Store. 600 ESPN El Paso’s Tim Hagerty will be on the call.