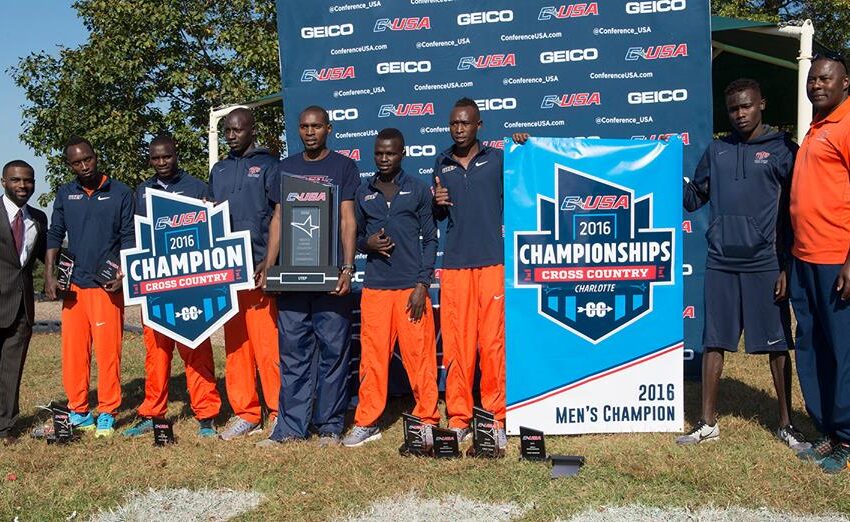 TERRE HAUTE, Ind.– The UTEP cross country team put their efforts to the test at the biggest and most important meet of the season.

After a tough a valiant performance from the men’s team squad in the 10K at the NCAA Championships, the Orange and Blue tallied 707 points with a 29th-place national showing to end the illustrious season.

It was a chilly and blustery morning at the LaVern Gibson Championship Cross Country Course in Terre Haute, Ind., with temperatures in the low 40s and winds with speeds from 25-30 miles per hour to give off a piercing wind chill that made the temperature feel even colder at the course. The Miners were able to start off strong with the lead at the first split, however fell back as the race proceeded and winds picked up. This was UTEP’s third consecutive NCAA Championship appearance.

Top-ranked Northern Arizona took the championship title with 125 points followed by No. 3 Stanford (158) for second, and No. 5 Syracuse (164) to round out the top-three spots.

First to cross the line for the Miners was Jonah Koech at 122nd-place with a readout of 31:03.2. The sophomore held a good pace against a packed field of nationally ranked competitors.

Sophomore Antony Kosgei and senior Cosmas Boit were the next to follow in for UTEP. The duo finished back-to-back with Kosgei at 137th place (31:09.6), and Boit one second later at 138th (31.10.2). The sophomore achieved a personal-best 10K time to improve from the NCAA Mountain Regionals (31:12.8). Boit completed his final collegiate cross country championships with his fastest 10K time of the 2016 season, improving from his performance at regionals by six seconds (31:18.6).

Freshman Michael Saruni (228th) registered a 10K showing of 32:08.0 in his first cross country championship appearance. Daniel Cheruiyot trailed in behind Saruni for a time of 32:24.6 (236th).

In the women’s race, freshman Winny Koech represented UTEP as an individual, being the first female team member to qualify for nationals since 2012. Koech finished in the top-100 nationally as she cruised in at 92nd place (20:47.8) in the 6K.

“I am proud of Winny’s efforts today in the women’s race,” Ereng said. “Despite the harsh weather conditions, she put up a fight and she proved to be very tough. She is only a freshman and will continue to grow stronger during her time with UTEP.”

12th-ranked Oregon was crowned the champions on the women’s side with a total of 125 points to upset No. 5 Michigan (126 points) by one point, and No. 1 Colorado by nine points (134 points), who took second and third place, respectively.

UTEP’s men’s team will return five of seven runners for next year’s cross country season. Coach Paul Ereng seeks to learn from this experience in preparation for next season and looks forward to the upcoming track and field campaign in January.

“It was a great season, filled with upsets and hard-earned achievements,” Ereng said. “Everyone finished healthy and strong and that is always positive. We will look to improve from our missteps for next year, but now we are ready to take on the indoor track season and prepare for what is to come.”