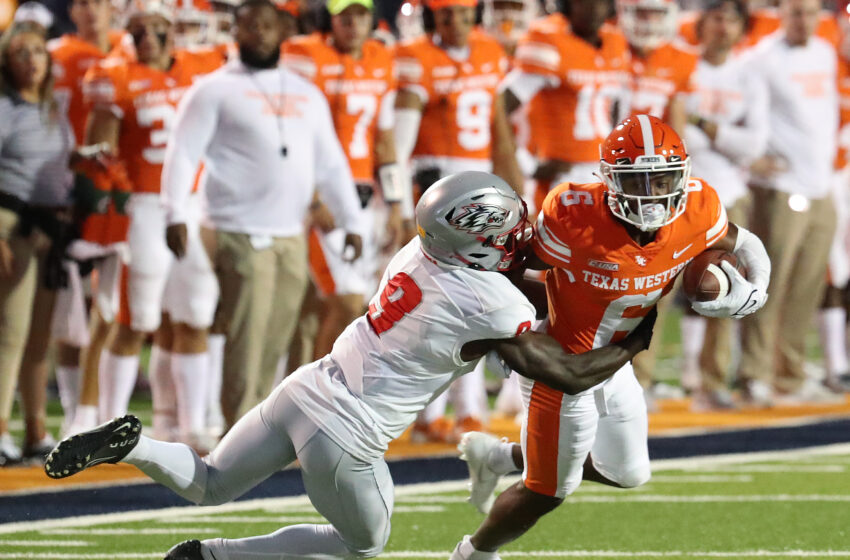 UTEP wide receiver Jacob Cowing was named a semifinalist to the 2021 Earl Campbell Tyler Rose Award announced on by the selection committee on Thursday.

Cowing, one of the country’s premier receivers, ranks seventh nationally in receiving yards (1,097) and yards per catch (21.5), and eighth in yards per game (109.7). Cowing has tallied 51 receptions and five receiving scores. Overall, Cowing has six touchdowns after taking one to the house on a 53-yard reverse play at Southern Miss.

The Maricopa, Ariz., product has produced seven 100-yard games in 2021. It’s the most since 1965 when Chuck Hughes tallied nine such games. Cowing set his career high with 174 yards against New Mexico on Sept. 25, and then matched that number at North Texas on Nov. 13.

The sophomore standout is one of the most prolific receivers in UTEP history. Cowing is the first UTEP receiver to hit over 1,000 yards since the 2010 season, while his total receiving yards are fourth best during a single season in program history. He’s racked up 12 100-yard receiving games in his career, tying for second on the program’s all-time list and just one away from tying the record. Cowing currently has 2,338 yards receiving in his career, ranking seventh on the school’s all-time list. The school record is 3,218 yards (Johnnie Lee Higgins Jr.).

Cowing is the first Miner to make it as a semifinalist since Aaron Jones did so in 2016.

The finalists will be announced on Dec. 14.

UTEP’s next contest is against Rice on ‘Senior Day’, Saturday, Nov. 20 with kickoff set for 2 p.m. in the Sun Bowl.