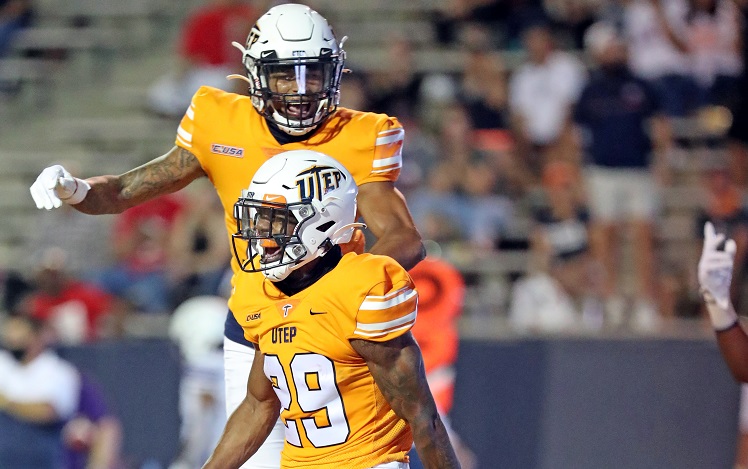 UTEP senior Duron Lowe has been voted as the Conference USA Special Teams Player of the Week following his 100-yard kickoff return for a touchdown in Saturday’s game at Louisiana Tech.

Lowe responded to a LA Tech touchdown drive by taking the ensuing kickoff to the house with a 100-yard kickoff return for a touchdown in fourth quarter to make it a 21-17 game.

Lowe is only the second player in school history with two 100-yard kickoff returns in his career. Autrey Golden also turned the trick against UTSA and Tulsa during the 2013 season.

This marks the second Special Teams Player of the Week honor of Lowe’s career with the first coming in 2019 following his 100-yard return versus North Texas.

On Saturday night, Lowe had three kick returns for a total of 159 yards and a touchdown.

For complete coverage of UTEP Football, follow the Miners on social media at @UTEPFB (Twitter/Instagram) or visit the official home of UTEP Athletics at www.UTEPMiners.com.