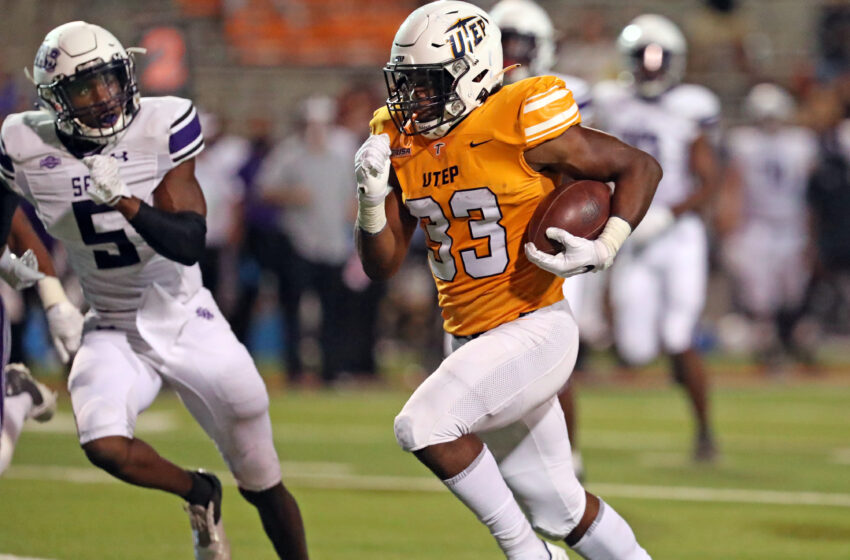 Hankins currently ranks 13th in the country and third in Conference USA with five touchdowns on the season. | Photo by Ruben R. Ramirez – UTEP

UTEP running back Deion Hankins has been named to the FWAA Freshman All-American Watch List, it was announced by the organization on Tuesday morning.

This year’s FWAA (Football Writers Association of America) Freshman All-American team will represent the 20th since its inception and feature a list of seven semifinalists and three finalists later this season leading up to the unveil of the Shaun Alexander Freshman of the Year.

Hankins, an El Paso native, leads the Miners this season with 65 carries for 300 yards and five rushing touchdowns in the four games he has played in.

The redshirt freshman currently ranks 13th in the country and third in Conference USA with five touchdowns on the season.

Hankins and the Miners (3-2, 0-1 C-USA) return to action this weekend as UTEP travels to face Charlotte (1-2, 1-1 C-USA) at 10 a.m. MT on Saturday at Jerry Richardson Stadium in Charlotte. The game will be streamed on ESPN+ for subscribers.