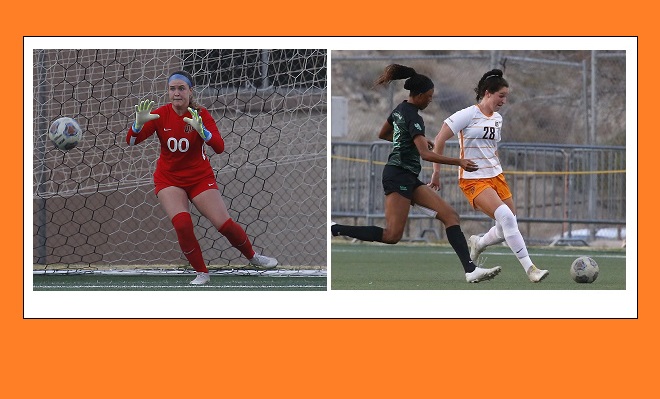 The duo helped the Miners earn a hard-fought 1-1 tie against North Texas on April 2 despite UTEP playing the final 34 minutes of action with 10 players.

“Congrats to Emily and Emerson!” interim head coach Stewart Givens said. “They both had big performances against North Texas. The staff were very proud of their performance and the team’s grittiness to battle through a very tough game last week and to find an equalizer down a man and late in the game.”

Kidd was a key cog on the defense which limited the Mean Green to just one goal even with the Miners being shorthanded for the aforementioned 34 minutes.

Overall, she registered a team-high three shots on goal. She showed toughness as well by fighting through cramps to play in 99 minutes of action.

Parrott was the last line of defense who came up with eight huge saves, including making a stop on a breakaway in the first half. But her biggest save came with 19 seconds remaining in the second half when she flew through the air to come up with a flying one-handed save on a shot from within the box to send the match to overtime. Her lone blemish came on a one vs. one situation. She was especially big in the first half when she recorded five stops, a period which UTEP did not take a shot on goal.