Larson paced the squad with 23 assists while King followed in suit with 15 assists. Macey Austin topped UTEP’s attack with 11 kills and Ashley Grzebeniak notched 10. Larson also contributed to the Orange and Blue with nine kills.

UTSA claimed a 2-0 lead with victories in the first two sets (25-22, 25-21), but UTEP never fell too far behind. After the intermission, the Miners stormed out to a 4-0 rally, forcing UTSA to call a timeout. The roadrunners were able to score one more point before it called its second timeout as the Miners took a 9-2 lead. The Roadrunner’s would go on three more 3-0 runs in the set but UTEP came out on top, 25-14.

The Miners came out to an 11-7 lead in the fourth, when the ‘Runners called its first timeout of the set. UTSA came out of the timeout to a 5-0 rally and another timeout was called on the court, this time by UTEP. The Orange and Blue responded with a 4-0 run of its own and UTSA called its second timeout as UTEP led, 16-12. The back-and-forth battle continued throughout the frame but the Miners tied the match, 2-2, with a 25-21 victory.

UTSA took off in the deciding stanza to a 8-1 lead but the Miners continued to fight back. The Miners came back with nine more points but it was too late as UTSA ultimately claimed the match, 3-2, with a 15-10 win in the final period.

Next on the schedule for the Miners is a non-conference mid-week contest against NM State in Las Cruces, N.M. The first serve is scheduled for 7 p.m. (MT) on Wednesday in the Pan American Center.

UTEP Closes out Islanders Classic with 3-1... 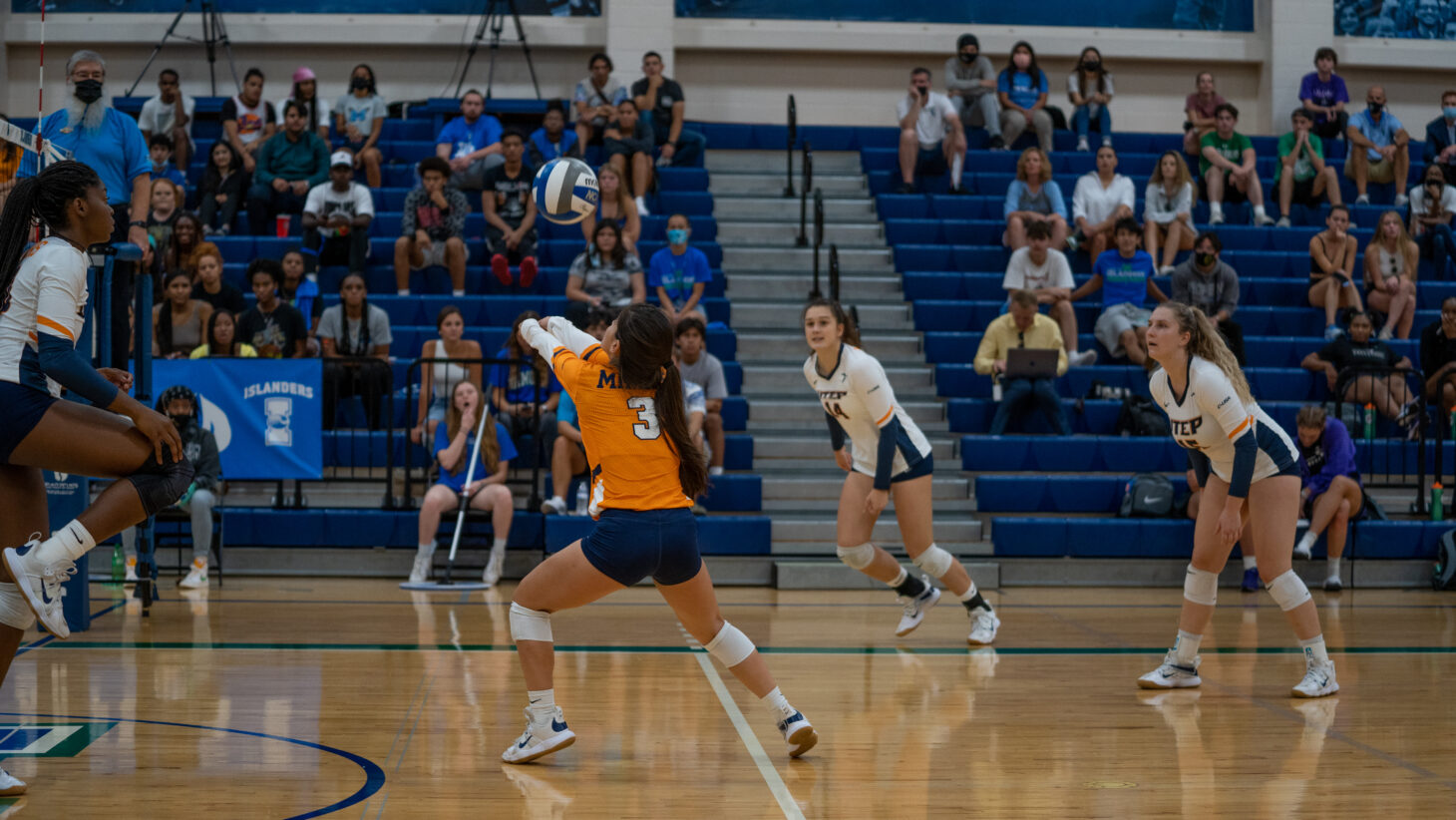