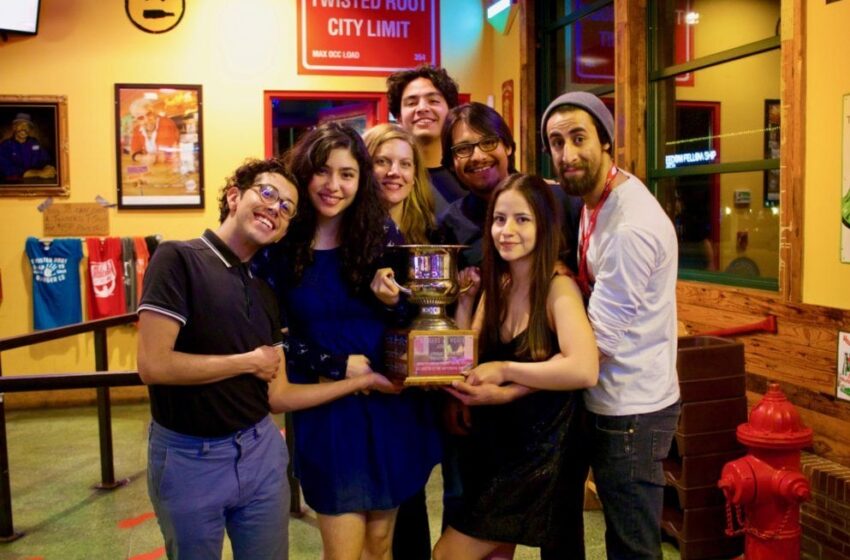 Set in 1970s El Paso, “Lydia” is an intense, lyrical and magical new play. A U.S. family hires the title character as an undocumented maid to care for its 15-year-old daughter, who is disabled. Lydia’s immediate and seemingly miraculous bond with the girl sets the entire family on a mysterious and shocking journey of secrets and discovery.

The achievements of the department’s students, faculty and staff at the festival bring great pride to the department and the University, said Cristina Goletti, department chair and associate professor.

She added that what makes the experience most special to her is that many of the crew and cast members are from the Paso del Norte region.

“This exemplifies the powerful way theater and the performing arts can contribute to a discourse about our identity and our border community,” Goletti said. “I am honored to say this production brought this vision into realization, and allowed a meaningful representation of who we are and who we serve onto the regional and national stage.”

The University’s top individual award winner was Lindsay Heron, sophomore theatre technology and design major, who earned the Stagecraft Institute of Las Vegas Award for Excellence in Technology and Design, SPAM Award for Excellence in Properties Design, and the Meritorious Achievement in Allied Design and Technology. She was the national runner-up for the last award.

The region also recognized UTEP’s Ross Fleming, associate professor of theater, with its Golden Medallion for his extraordinary contributions to the teaching and producing of theater and for his dedication of time, artistry and enthusiasm to the development of the theater festival. Fleming is the department’s head of design and technical director.

The theater festival has recognized his design and technical direction with several regional awards through the years.

The production, directed by Kim McKean, assistant professor of theatre, was among the seven presented during the festival in early March 2018, at Angelo State University in San Angelo, Texas.

The region consists of institutions from Texas, Arkansas, New Mexico, Oklahoma and Louisiana.