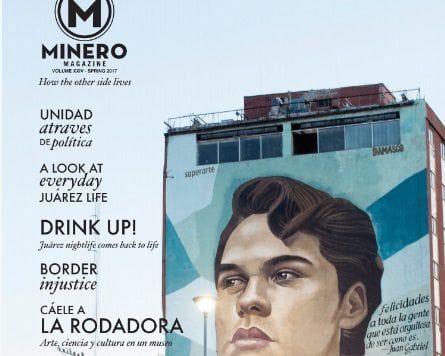 Journalism students from The University of Texas at El Paso’s Department of Student Media and Publications won 25 awards at the 2018 Texas Intercollegiate Press Association convention in Dallas.

The publications – The Prospector and Minero Magazine – won awards for their print and online content in Division 1 against the largest universities in Texas during the March 21-23 meeting.

The Prospector is the school’s student-run newspaper and the Minero Magazine is a bilingual, bicultural student-produced publication. It is published once per fall and spring semester.

“I am extremely proud of my students, as this year was the first year that The Prospector and Minero Magazine were moved up to Division 1 in the Texas Intercollegiate Press Association’s competition,” said Kathleen Flores, director of student publications. “These awards prove that our students have the skills and talent to compete at that level against other top Texas schools such as Texas Tech, Baylor and Texas A&M.”

The divisions in which the students compete are based on campus size.