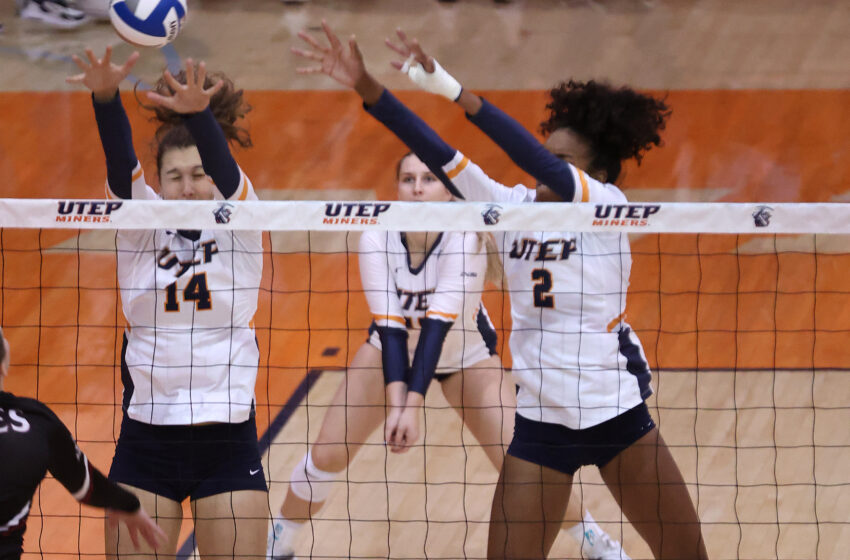 DALLAS –  Ema Uskokovic has been named the Conference USA Volleyball Freshman of the Week after helping UTEP claim the Borderland Invitational with victories against Power Five members Arizona (3-2) and Northwestern (3-0) on Sept. 3 and a 3-2 win against I-10 rival NM State on Sept. 5.

It is the second straight weekly award for the Miners after Kristen Fritsche was named the C-USA Co-Setter of the Week on Aug. 30, something that hasn’t happened since the 2012 season. Additionally, Uskokovic becomes the second Miner in program history to earn the league’s Freshman of the Week accolade (Irbe Lazda, 9/9/19).

“I’m proud of Ema and the growth she showed this weekend,” UTEP head coach Ben Wallis said. “She’s really starting to understand how to score better offensively in college volleyball after coming from a little higher, slower more physical game in Europe. The block numbers she put up this weekend were really good as well. She’s just scratching the surface to what she can do for us as a blocker.”

Uskokovic had a big weekend with 30 kills (2.3 kills/set) on .264 hitting and 14 blocks. She saved the best for last with a career-high 16 kills while hitting .433 and also coming up with five blocks to help UTEP best NM State. She had two kills during a match-closing rally. She posted seven kills at a .263 clip and five blocks against Northwestern. She opened the weekend up with seven kills, four blocks and a career-high tying four digs vs. Arizona.

“She’s humble, competitive, very smart, and her teammates love her,” Wallis said. “She’s fun to coach and in the most stressful and toughest environment of the year yesterday she shined offensively by hitting .400 against a really good New Mexico State team. She was a big reason why we were able to pull out the victory yesterday. She’s going to be a really good outside hitter one day, and I’m looking forward to everyone seeing her development. She’s really fun to coach.”

Her play helped UTEP pick up two Power Five wins on the same day for first time in program history. The Miners also secured their first victory over a Big 10 opponent in school history, posted the initial home win against a Power Five program since 1995 and notched their first sweep over a Power Five school since 1985. To cap the weekend, UTEP beat NM State for the first time since 2012.

UTEP returns to action at the Portland State Tournament from Sept. 10-11.