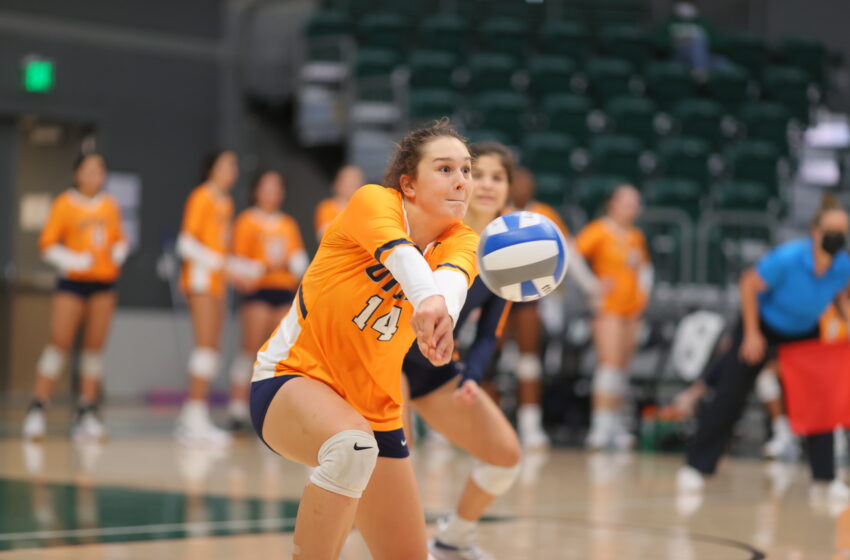 DALLAS – UTEP’s Ema Uskokovic has earned her second Conference USA Volleyball Freshman of the Week award after having another amazing performance at the Portland State Tournament Sept. 10-11.

Uskokovic is the first Miner to win back-to-back C-USA Freshman of the Week honors. This is the first time in school history that UTEP has had three straight weekly conference award winners.

“I’m so proud of Ema (Uskokovic),” head coach Ben Wallis said. “She helped us a lot this weekend. She hasn’t been in that role yet this year as a six rotation outside hitter and she was this weekend. That’s really stressful for a young player, but she hit really giant numbers and that’s why she was freshman of the week again because of her kill output. She’s just starting to scratch the surface of what she’s capable of doing.”

Uskokovic had an outstanding weekend at the Portland State Tournament with 34 kills (3.09 kills/set), 21 digs (1.91 digs/set) and three blocks overall in 11 sets played.

She was one of the top three leaders for UTEP with 11 kills and three blocks in a four-set defeat against Grand Canyon.

She helped UTEP claim a sweep against Portland with nine kills and 14 digs and closed out the tournament by playing her best match in recording 14 kills in a four-set victory over host Portland State. She hit .302 for the weekend and posted 36.5 points for the Miners. For her efforts, she was named to the All-Tournament team.

“Ema’s still learning daily on how to be a better blocker, defender, receiver and once she starts being more comfortable and figuring that stuff out, I think she’s going to be a special player,” Wallis said. “She’s already proving right now that she’s one of the better freshmen in our conference and proving right now that she’s helping us win at a high level. I’m just so proud of her.”