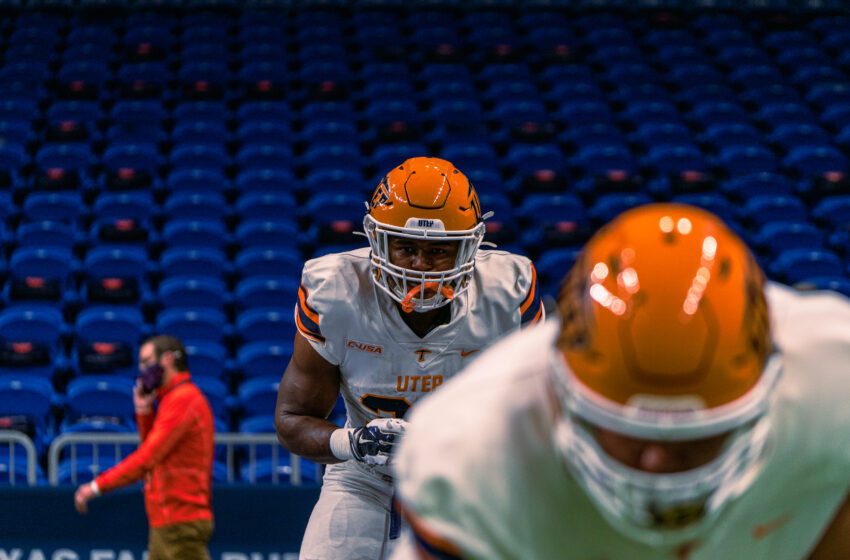 SAN ANTONIO – Frank Harris completed 22-of-26 passes for 312 yards, and Brenden Brady rushed for 124 yards in place of injured starter Sincere McCormick as UTSA beat UTEP, 52-21, on Saturday afternoon in the Alamodome.

Following an entertaining, closely-contested first half, the Roadrunners (5-4, 3-2 C-USA) were in complete control over the final 30 minutes against the Miners (3-4, 0-3 C-USA), who were playing a fourth consecutive road game for the first time since 1986.

UTSA compiled 600 yards of offense, as Harris passed for three touchdowns and rushed for two more.

UTEP led 21-17 in the final minute of the first half, but was outscored 35-0 afterwards.

The Miner defense, dominant for so much of the 2020 season, had a rough day with a depleted secondary.  Senior cornerback Duron Lowe was ejected early in the second quarter, and the Miners were also missing two of their top-four corners, Dennis Barnes and Robert Corner, forcing true freshman Ilijah Johnson into extended action.

UTEP had a solid first half offensively with 175 yards, but was limited to 71 in the second half.  Punter Josh Sloan had a career-day with five attempts for 251 yards, including a 63-yarder in the fourth quarter.

The lead changed hands six times in the first half, with UTSA taking a 24-21 lead to the locker room.  Highlights from the first half included the UTEP defense forcing a pair of turnovers – which the offense converted into seven points – and Walter Dawn returning a kickoff for 95 yards, which led to another Miner TD.

Deion Hankins picked up his seventh rushing TD of the season – adding to his own UTEP freshman record – with 58 seconds remaining in the first half.  That put the Miners ahead 21-17.  But the Roadrunners erased the deficit just 39 seconds later, as Harris completed a couple of long passes then broke free for a 35-yard rushing touchdown.

The Roadrunners played without star running back McCormick, who entered the day ranked second in the FBS with 921 rushing yards.

UTEP’s scheduled game versus UAB next Friday, November 20, has been canceled.  The Miners are slated to return to action on Saturday, November 28 at Rice.  Kickoff is slated for 11 a.m. MT, and the game will be streamed on ESPN Networks.

For complete coverage of UTEP Football, follow the Miners on social media at @UTEPFB (Twitter/Instagram) or visit the official home of UTEP Athletics.​