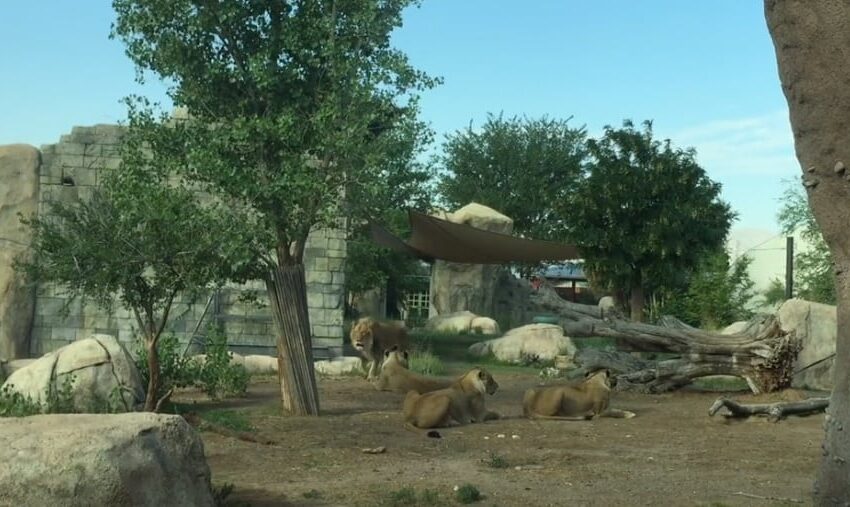 On Friday, officials with the El Paso Zoo announced a new exhibit that is the culmination of  six years of work: a family pride of four lions.

“This has taken an enormous amount of staff time, patience, planning, initiative, flexibility, ingenuity, expertise, decision-making, and all-out love and dedication for the animals and our work,” said El Paso Zoo Africa Collections Supervisor Amanda Leverett. “Our staff couldn’t be happier for Rudo and his new family. It was worth the effort everyone put in.  It is truly heart-warming to see them all together now.”

In 2007, the zoo acquired three lionesses, Zari, Malaika, and Kalliope, but when the newest member of the family, Rudo, arrived in 2012 it was clear the introduction process would be a long one.

At 1½ years old, Rudo was not ready to join the pride of adult lionesses. His youth and immaturity made him vulnerable during social interactions with the more mature females. Zoo staff felt he needed to mature, gain more confidence and courage before it was safe for him to be around the lionesses.

Staff in the Africa section of the Zoo spent two years closely monitoring the lions’ behavior during carefully staged introductions, making sure all of the lions were doing well together during each progressive step.

“Planned introductions are important to allow animals to feel comfortable around each other and avoid injury,” zoo officials said.

According to the Zoo officials, “Lions are ambassadors for conservation, helping the zoo bring attention towards efforts to help wild lions in Africa whose populations are largely in decline.”

The zoo also pays the salary for a Lion Guardian in Africa who helps effectively minimize conflict between people and wildlife, monitors lion populations and helps communities live with lions.