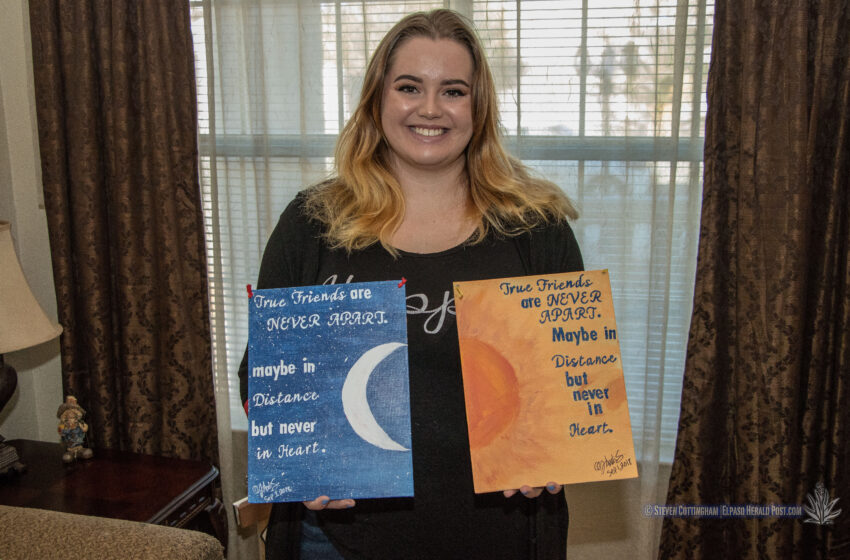 We all deal with grief differently. When my Desiree Wheatley, Mr. Capps and my Grandmother died, I couldn’t even attend the funerals. I became quiet, reserved and withdrawn when learning of each person’s death. I didn’t want anything to do with the world for a space of time.

The first person to die in my family, that I can remember, is my paternal grandfather. I didn’t know him at all, and it didn’t impact me so much. The only thing I can remember is my three-year-old sister leaving her doll on a chair in the airport.

Then, there was Mr. Capps. He was my physics teacher at H. E. Charles Junior High School in Northeast El Paso. He helped me with math, helped me to focus on what I wanted to do with my life, which was written. He was a key figure in my middle school years.

A woman in her eighties, drunk, ran into his car. She walked away without a scratch, and he lost his life. I couldn’t even go to his funeral.

The next person to die was Desiree Wheatley. Before she disappeared, we had a conversation. I was sixteen at the time, and here we are, thirty-one years later, and I can still remember what we were wearing, where we were, what we talked about.

After that, my grades were rotten; I didn’t care about anything or anyone.

When my grandmother passed away, I was in shock for a few days. It was hard to believe that someone I haven’t spoken to in a few years was no longer alive. No hope to restore a relationship or apologize.

Then, there was my daughter. When she took her own life, I didn’t know what to do, how to react, or even who I was. I lost it. Literally. I wanted nothing but to get my hands on the person that drove her to suicide. For a few months there I was not the nicest, most stable individual in town.

What I wouldn’t give to have had a positive, focused way to deal with my grief.

Andoria Simpson, a friend of mine, has been dealing with her grief. In August of this year, her aunt suddenly passed away.

“It’s hard when you’re grieving,” says Andoria. “But, it’s a process. And, there’s no time limit on it. So, take your time. But, don’t stay stuck. Push yourself out of it and do something positive with it.”

Doing something positive with grief is something that Andoria has done.

“I started painting after my aunt died in August,” she says. “It was just grieving and trying to find something to do with my grief.”

When her aunt, Jana, died, Andoria picked-up a canvas and began to paint.

“I feel like I can put my grief onto a canvas, let it out, instead of letting it out in a more negative light,
like drugs or alcohol,” said Andoria.

Clinical psychologist and author, Kay Redfield Jamison, writes, “Grief is so human, and it hits everyone at one point or another, at least, in their lives. If you love, you will grieve, and that’s just given.”

However, what we do with that grief can define us, can drive us into an unending depression and sense of victimhood, or into something better than we are than we were.

In my case, my grief left me lost, unmoored. I didn’t know who I was. With each person’s death, I felt as if a small part of me had died right along with them. In a way it had. Unlike Andoria I let that grief come out into a very dark place and take a life of its own. In my grief, I lost family, friends, opportunities. I lost myself for the longest time.

We are all going to grieve. We are finite beings; it’s going to happen. We are social, we form connections and bonds with others, and when they die, we are going to feel immense pain. That’s because if we love, we will grieve.

In Andoria’s grief, she has let one of her strengths shine through. She has discovered the artist within her. It’s given her a sense of resiliency, growth, and maybe a way for her aunt to shine through her art.

Just over two months later, and how is Andoria feeling?

“I feel alright,” she says. “Obviously there is no time limit on the grief process, but it’s better now than it
was then.”

Now, why did I decide to share Andoria’s story with you? We’ve seen a lot of death, a lot of loss in our world over the last few years. We can decide, individually and collectively to ignore it and bury our heads in the sand.

Or, we can do like Andoria and direct our grief to something positive, something beautiful. She’s doing just that and is all the better for it.

I’ll leave you with Andoria’s advice for those who are grieving:

If you would like to buy one of Andoria’s paintings, send me an email, and I will get you in contact with her. My email address is Steven@EPHeraldPost.com