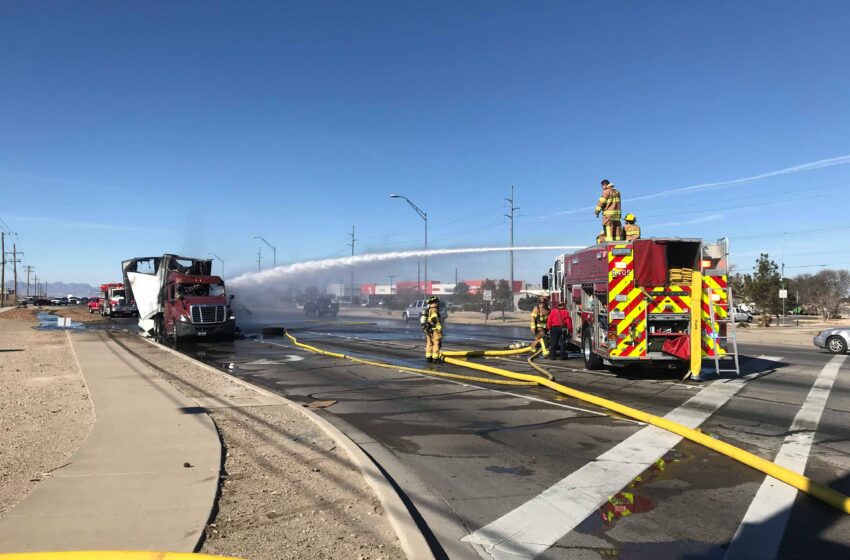 Horizon City’s Sunday morning got off to a smokey start, as  a semi truck and trailer caught fire right in the center of town.

Shortly after 10 a.m., a tractor trailer loaded with liquid detergent caught fire at the intersection of Horizon Boulevard and Darrington Road.

Witnesses said the driver of the truck continued to drive, even after the rear of the cab was on fire; bystanders finally flagged him down and he stopped short of the stoplight.

As HCPD diverted traffic around the growing blaze, HCFD crews set about to extinguish the fire.  Within minutes crews had put out the majority of the quick-burning fire, using both a ground attack to hit hotspots, along with the water cannon to douse the smoldering cargo.

The driver of the truck escaped the blaze with no injuries, however both the truck and the trailer were a complete loss.

The cause of the fire is still under investigation.