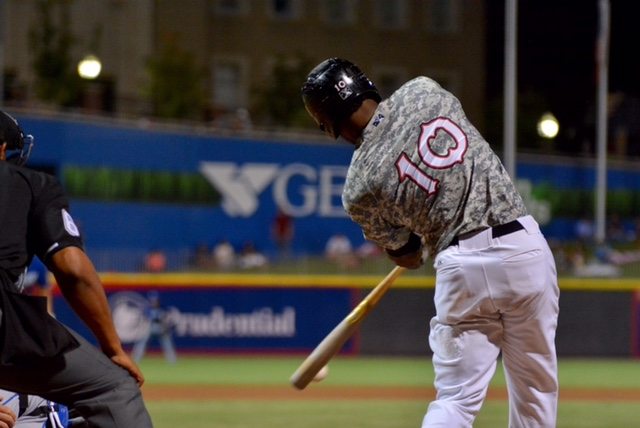 The El Paso Chihuahuas scored multiple runs in each of their first four innings Monday night and beat the Las Vegas 51s by a score of 10-7.

The Chihuahuas scored before making an out for the second consecutive game when Chase d’Arnaud hit an RBI triple in the bottom of the first. Ryan Schimpf went 2-for-5 with an RBI single and a two-run home run, his second homer of the series.

Chihuahuas’ starting pitcher Dillon Overton hit a two-run double in the bottom of the third, his fourth hit in 13 Triple-A at-bats this season.

Franchy Cordero hit his league-leading 15th triple in the eighth inning and fell a home run shy of a cycle. The Chihuahuas stole five bases in the win, one shy of a team record.

The Chihuahuas and 51s split the four-game series and split the season series 8-8.