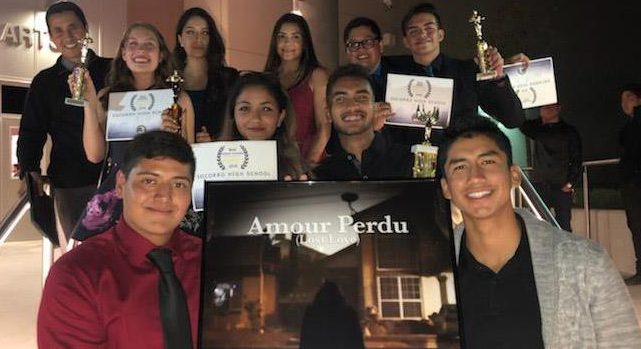 Other awards were also given for categories such as best screenplay, best director, etc.

“This was my first year attending the Horror Fest,” said Amanda Acosta, the Career and Technical Education facilitator at the school. “I had heard a lot about it from others but experiencing it first hand was truly amazing. The students and teachers are producing Hollywood-quality work.”

The fest featured a red carpet, horror themed décor and movie posters created for the first time. Students dressed up as if they were attending the Oscar awards.

Films were judged by Hollywood producers and directors.

“I saw family members and friends of the cast and crew beaming with pride as each film concluded as if it was a movie premiere itself,” Acosta said.

“The audio video production students never disappoint and they are taking student-produced films to a new level never seen before for high school students and their experiences.”

The Horror Fest was held in late October.