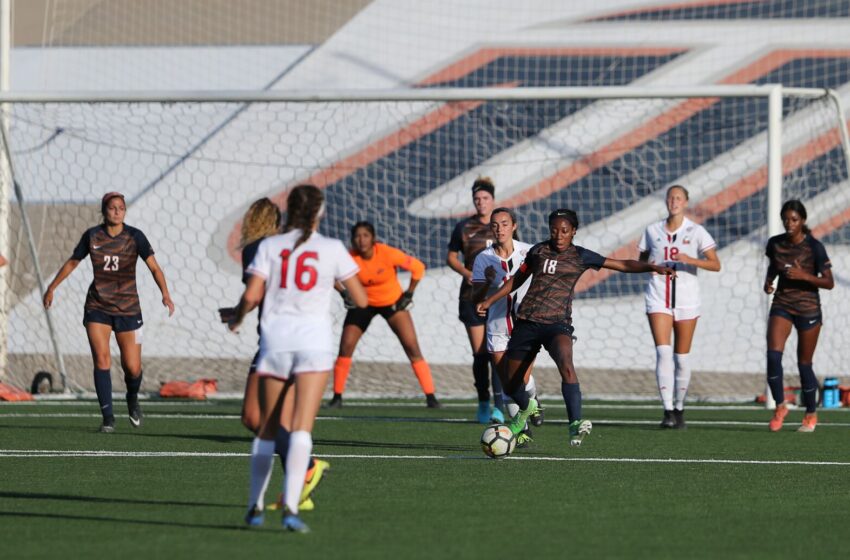 The UTEP soccer team won 1-0 in double overtime behind a penalty kick goal from Lauren Crenshaw (102’) against the Northern Illinois University Huskies on Sunday evening at University Field.

Of the 25 shots taken by the Miners, 11 were on target. Vic Bohdan, Crenshaw and April Pate all recorded four shots. Crenshaw now has a team-leading three goals, each of which have come from a penalty kick. She is the first Miner in program history to put away three penalty kick chances in a single season, having achieved the feat in just six appearances this year.

Alyssa Palacios notched her first shutout of the season and 19th of her career with five saves. She is now two shutouts shy of becoming the program’s all-time career leader in the category.

“We picked it up and got plenty of shots (25),” UTEP head coach Kevin Cross said. “Their goalkeeper had one of the best [goalkeeper] efforts that I’ve seen. We finally got the goal at the end.”

The Miners had a slow start the first half of the match, with the Huskies dominating possession of the ball. The game was scoreless at halftime with both teams taking two shots on goal.

UTEP kicked off the second half with high intensity, attempting 14 shots and seven shots on goal. The Miners put the heat on the Huskies’ goalkeeper (Megan Donnally) firing shot after shot.

A yellow card was given to NIU’s Kylee Hermeyer, which resulted in a free kick just outside the box for the Miners. Seconds after the Huskies’ goalkeeper punched out the free kick, Pate nailed the ball forcing the keeper to make a back-arching save.

The game went into overtime after 90 minutes of scoreless action. Both teams came out strong in the overtime with each side having a partial breakaway. The efforts were not enough, forcing the game to go into a second overtime.

In the 102nd minute of the game a foul was committed by NIU defender Kelsey Chope, which was originally signaled to be just outside the box. After a consultation with the linesman, the center official awarded UTEP the penalty kick. Crenshaw ended the game for the Miners by putting the ball past the goalkeeper.

The Orange and Blue will hit the road to face New Mexico in Albuquerque at 7:30 p.m. MT Friday.

Here's the game winner from Lauren Crenshaw keeping her cool and getting the Miners the victory in double overtime!!#UTEPSoccer ⛏️ pic.twitter.com/Z013tCgwIT