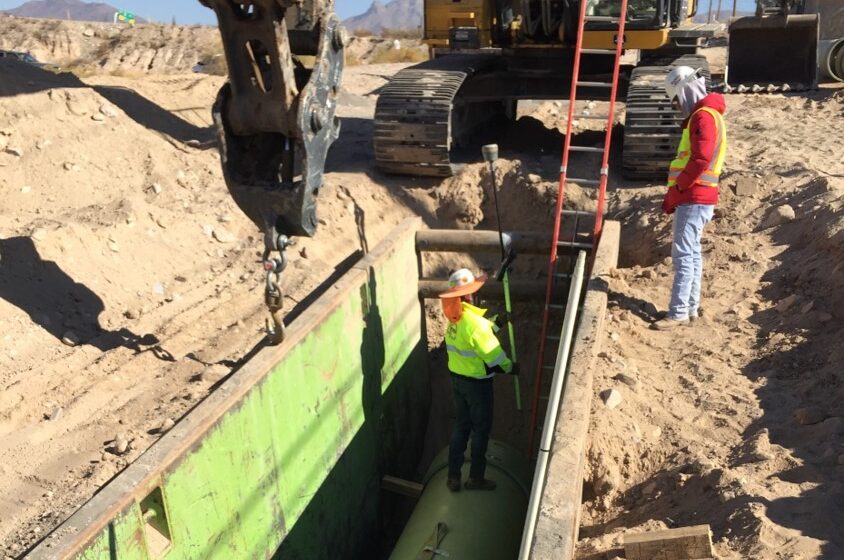 Perhaps unbeknownst to many EPWater customers, the relationship between the Frontera Lift Station and the John T. Hickerson Water Reclamation Plant is an important one.

The pipelines connecting the two facilities, called the Frontera Force Mains, carry millions of gallons of wastewater from approximately 150,000 residential and commercial customers on El Paso’s westside every day to be treated at the Hickerson Plant.

In March 2020, one of the Frontera Force Mains ruptured due to corrosion and resulted in a spill on Sunland Park Drive and Doniphan.

“EPWater acted promptly to contain the spill and immediately began repairs,” utility officials shared.  “The portion of the aging pipeline that ruptured is now being replaced, with plans to replace the entire pipeline from the Frontera Lift Station to the Hickerson Plant.”

The original pipelines, installed in the 90s, were made of steel and susceptible to corrosion over time.

Seeking to upgrade the entire stretch of pipeline, EPWater referenced a 2018 study by Jacobs Engineering about the integrity of the Frontera Force Main when they asked the Public Service Board to approve the replacement of the entire 3.5-mile segment.

“The pipeline is being repaired through the emergency declaration, but we knew from the study that it could corrode in other places,” said Gilbert Trejo, EPWater’s Chief Technical Officer. “We asked the board to not only let us repair this break but to invest in replacing the whole segment of pipeline with corrosion-resistant material at the risk of having another major spill.”

The first phase of construction of the new pipeline began last March when the PSB passed the emergency declaration with additional funding approved to replace the remainder of the pipeline.

“Without these pipelines, approximately 12 million gallons of wastewater per day would overflow into the Frontera and Sunland Park lift stations,” said Trejo. “Investment in these pipelines is crucial to preventing an environmental and public health emergency.”

While construction crews were working to repair the break, engineers started work on the design to replace the pipeline.

Lead Engineering Technician, Al Quijano found a way to save money and reinforce the new pipeline. Quijano proposed to slip the new fiberglass pipeline into an existing abandoned water pipeline in the same area to create an added layer of protection against utility lines and other factors that can cause corrosion.

“By encasing the new pipeline inside the existing one, we’re saving millions by avoiding pavement repairs and other surface repairs,” said Trejo. “Paving can be one of the most expensive things to do during a pipeline project.”

Made to resist corrosion, the new fiberglass pipeline and its reinforced casing will guarantee the Frontera Force Main’s integrity for many years to come.

The project is currently in Phase 1 and is roughly 30% complete. Two more phases are planned to replace the entire Frontera Force Main by 2026. 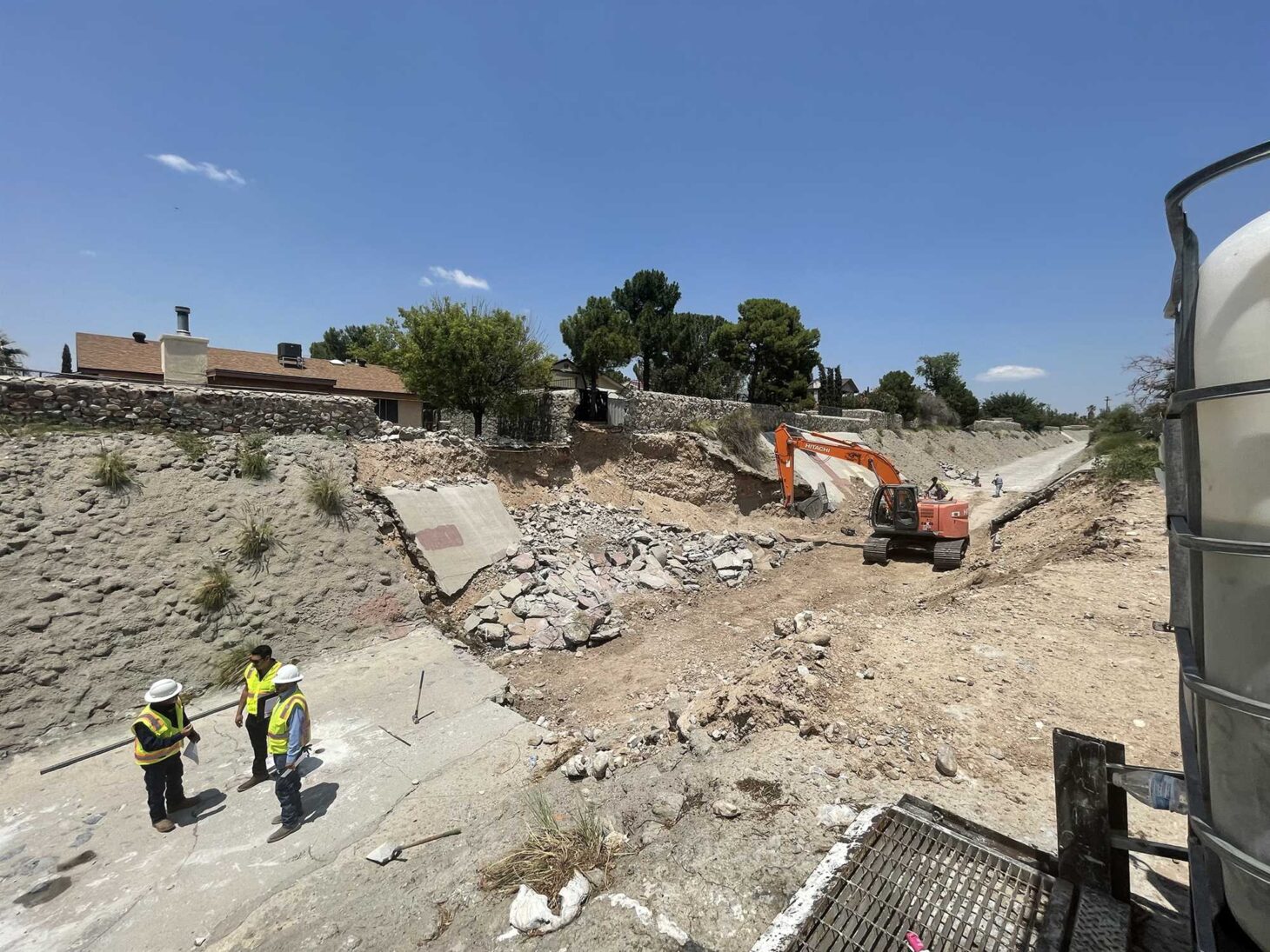