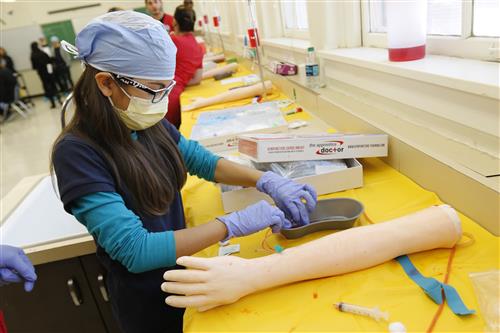 Dozens of students traded in pencils and notebooks and instead took time learning to draw blood, suture patients and assist geriatric patients during a hands-on career exploration workshop.

Texas Tech University Health Science Center El Paso’s Desert Mountain Area Health Education Center gave the participating students — all of whom had expressed an interest in a health care career — an opportunity to interact with medical students during the Map Your Future workshop.

“We’re trying to get students interested in the medical field – not necessarily to become physicians or nurses, but just to open up their

eyes to all the different possibilities within the region and throughout the United States,” said Raul Gomez, a volunteer with the health education center.

“We believe that if we plant the seed at an early age, they’ll start to build on it and it’ll be so strong by the time they get to high school or to college it’ll just be something that they’re so passionate about that they don’t mind going through eight years of schooling or four years of schooling.”

The event featured a variety of hands-on activities at the different stations set up in the gym and a classroom.

At one station, students learned to draw blood with a Kool Aid-like substance oozing out of a fake arm.

A few feet away, other students used a suture kit to learn how to practice sewing up patients. Inside the gym, another group donned weighted vests, funky googles and other restricting equipment to simulate ailments associated with geriatric patients. Another booth gave a hard lesson on the dangers of drinking and driving.

At the DUI station, students wrote on eggs expressing their hopes and dreams, then slid on some vision-distorting glasses. Meanwhile,

they balanced their eggs on a spoon while maneuvering through an obstacle. Some students lost their balance dropping the raw egg to the ground – symbolizing how a DUI could shatter their dreams and aspirations.

“This really tells me the consequences it brings and how my career could not be successful if I’m drunk driving,” said Vanessa Valdez, an eighth grader who aspires to go to Silva Health Magnet.

“I mostly want to be a nurse but I’m still deciding. It’s been great coming here. They’re giving me experience.”

Eighth-grader Jashwa Villanueva is wavering between a career in architectural engineering and health care.

“I wanted to see options for my future and see if I’d like jobs in the medical field,” he said. “It’s been a really fun, eye-opening experience

to see the cool jobs and having the medical show us the activities.”

“Our children are not exposed to different careers in medical field,” Antuñez said. “This has been rewarding for them. They’re taking it in and actually thinking about the medical field because of what they have been exposed to today.” 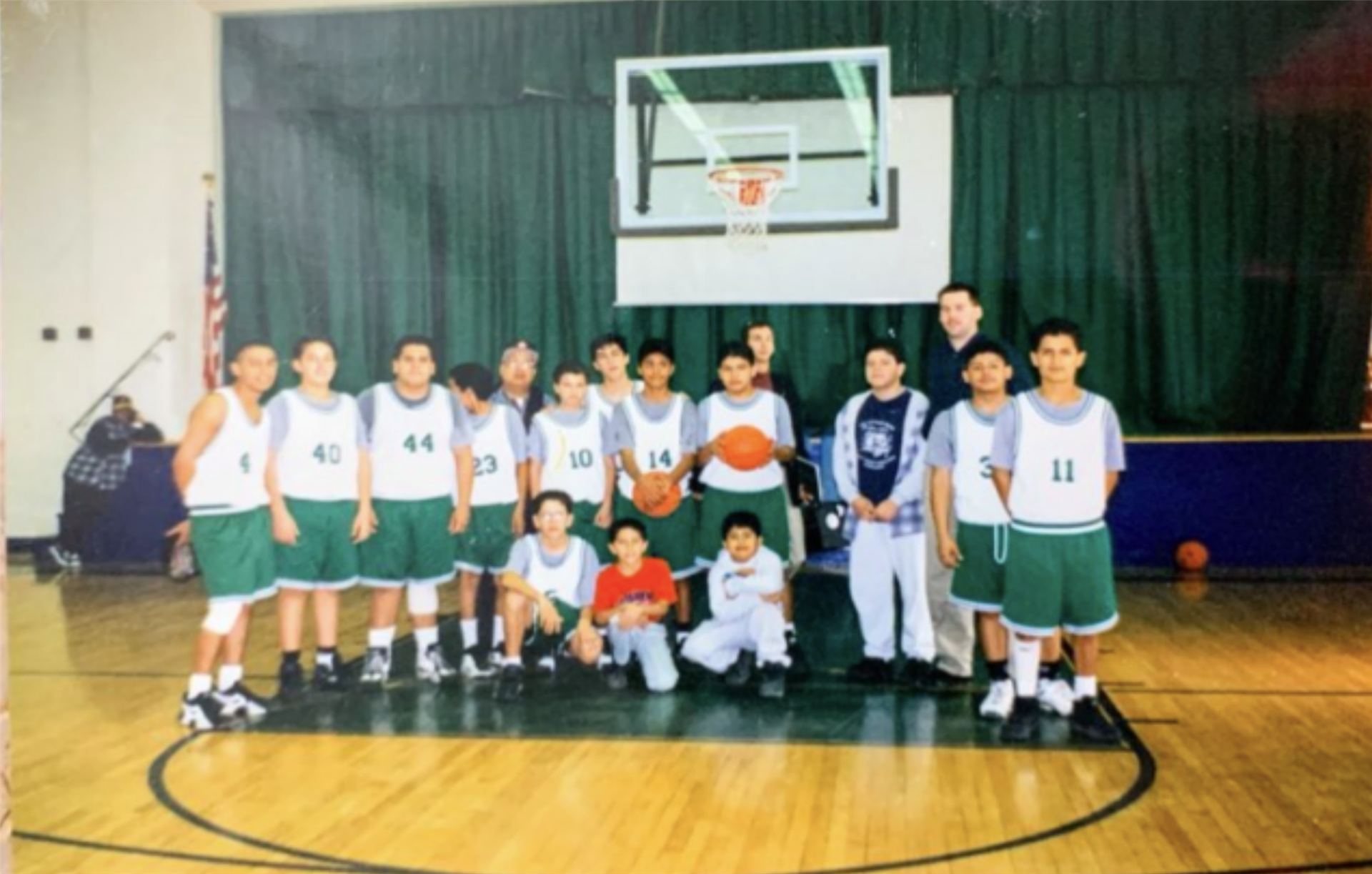 Book recounts the successes, challenges of the...