On Sunday, residents of the village of Cassino, Italy, paused to remember the heroic sacrifice of Captain John L. Chapin and the men of Company E, during the Battle of Rapido River.

In the same spot where hundreds of soldiers met their fate during a operation to draw the entrenched Nazi army away from a planned landing in Anzio, visitors and residents gathered and prayed, as a priest blessed the area.

A short time later, in a salute to the Texas troops, those in attendance each tossed a single yellow rose into the swirling waters.  Then a lone bugler played ‘Taps,’ and the town’s ‘Peace Bell’ rang out, over the roar of the dark, rushing river.

The entire event was carried out to honor the men of U.S. 36th Infantry Division, made up of the Texas Army National Guard – which included El Pasoan Captain John L. Chapin; namesake of El Paso ISD’s Chapin High School.

Capt. Chapin graduated from Texas A&M with a degree in Chemical Engineering; while he had plans to attend medical school, he chose instead to serve in the National Guard.

Almost a year prior to the United State’s entry into World War II,  Capt. Chapin’s unit was activated as Company E, 141st Infantry, 36th Division in the United States Army.

Capt. Chapin and Company E were sent to North Africa.  During his stint there, Chapin declined many promotions so he could stay with Company E, a unit largely consisting of fellow El Pasoans from Bowie, Austin and El Paso High Schools; as well as residents of San Antonio and other Texas towns.

The two-day battle was among the fiercest of the Italian campaign, with wave after wave of troops being cut down before even crossing the river.  Chapin and Company E, under heavy fire, were one of the few units to make it across the river.

Once there, the Nazi defense proved to be too much.  The constant fire from the Germans prevented any reinforcements from landing, trapping Chapin and Company E, as well as scores of others.  Once the Nazis launched a counterattack, the battle was seemingly lost.

Over 1300 men were either killed or wounded, with another 700+ captured.  When American reinforcements arrived, they found that those who had been trapped continued to fight valiantly, including Captain Chapin and the men of Company E.

According to published reports of the battle, Chapin was found in his foxhole, the handset for his radio phone in one hand, his rifle in the other.

Captain Chapin was awarded the Silver Star, and the men of Company E have been honored by one memorial in South El Paso, another one in the planning phase and a highway named for them.

For more info on this ceremony, please contact Michele Di Lonardo at dilonardomichele@mac.com 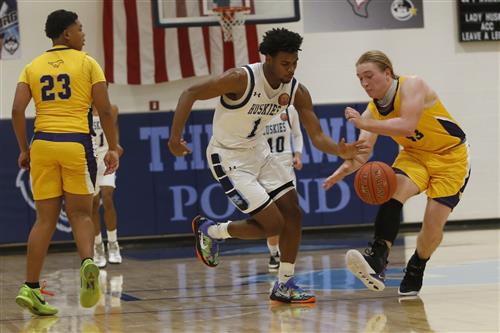