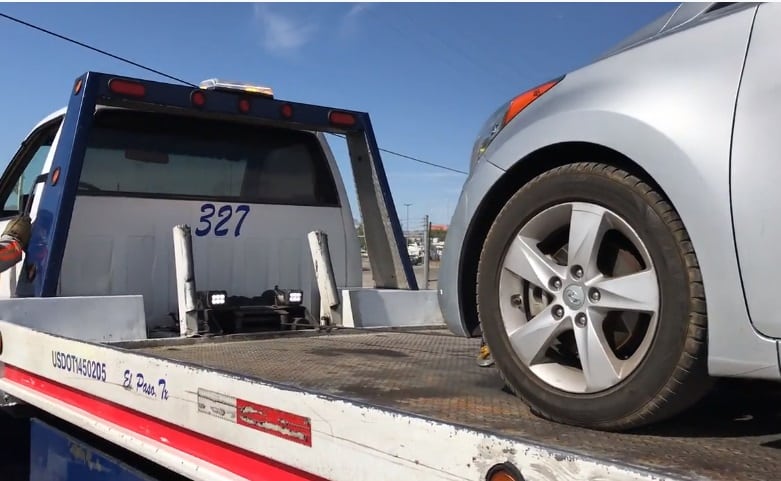 “Towing stalled vehicles and vehicles involved in non-serious crashes has improved clearing times on I-10,” said TxDOT El Paso District Engineer Bob Bielek. “We have made a difference in shortening the length of traffic tie-ups.”

The program, in place since October of 2017, provides a free tow to motorists stranded on I-10 from Viscount to Thorn.

Due to construction, the majority of this portion of roadway has no shoulders and few exits, so vehicles blocking a lane pose a safety hazard and create greater congestion. Vehicles are towed to designated drop off points where people can address issues or await help.

The stretch encompasses the GO10 project, the Mesa Park Interchange project, a portion of the Border West Expressway project and the Braided Ramps project during peak rush hours: 6 – 9 a.m., and 4 – 7 p.m. Mesa Street from the downtown exit (east and west) to Doniphan and Mesa are also included in the program towing limits.

The towing initiative, implemented with safety in mind, has proved successful as nearly 2,000 vehicles have been towed, about 60 vehicles per week, since the program started. Motorists are reminded to check their tires and gas level in their car as flat tires and empty gas tanks are the top two reasons vehicles get towed.

TransVista staff is also responsible for sending out email alerts on closures that are a result of roadwork, crashes, or incidents affecting traffic flow. The center recently expanded its hours of operation to better assist during current and projected high impact closures.

The towing program is programmed to run until first quarter 2019. TxDOT’s Highway Emergency Response Operator (HERO) program, a longer term, citywide initiative that will assist stranded motorists on major state roads with emergency situations such as flat tires and dead batteries, etc. is in the works. It is expected to be in place by mid-to-late 2019.

To view the PSA, click here; to sign up for the email traffic alert system, visit www.drivetexas.org and select traffic alerts.

TxDOT Closures for the week of April...