A friend of mine asked me what I was doing this weekend. I told him I was going to go out to Comic-Con and cover it.

“Why would you ever do that,” Robert asked me. “It’s the strangest thing ever. No one will talk to you. Besides, what is cosplay anyway?”

Let me tell you, this is my second year covering Comic-Con, and I had a blast.

What is El Paso Comic Con all about?

The simple answer is a celebration of fandom. You’ll find artists selling everything from original art to 3D printed creations. There’ll be people in dressed in costume, living out the lives of characters like Sailor Moon, Thanos, Spiderman and the Joker. You’ll find games and gamers. There are actors talking about the roles they’ve played.

This year, like last year, the thing I liked the best were all the Cosplayers.

“Cosplay is basically, you wear a costume,” says Ginny Di, an international cosplayer. “There’s a lot of other things that some people think are part of cosplay like if you make the costume or if you act as the character.”

There were so many kids dressed as their favorite characters. For kids and teens, this is a great artistic outlet for them to unleash their creativity. You’ll see the usual store- bought costumes, but you’ll find more than a few that were created by the cosplayers themselves.

Don’t think all you’ll see is kids out there. No, far from it.

I ran into Peter and James. Both were cosplaying characters from Overwatch. I asked James, being older, what he liked about cosplay.

Then, there are people like James, another James, mind you, who plays a character who he says embodies himself: Newt Scamander from Fantastic Beasts and Where to Find Them.

“For me, particularly, this costume fits what I do,” said James, as Newt Scamander. “The character rescues animals and protects them. Then educates people on how they are not dangerous.”

For others, like Nayelia and Daniela, it’s all about the story, and its depth. In this case, Stephen Universe.

“I like the story and the art style and the aesthetic,” says Daniela of Stephen Universe. “It slowly progresses into, you realizing that there is so much stuff out there,” says Nayelia.

One reoccurring theme is that everyone like to make others happy. You can’t help attending Comic-Con and seeing everyone, dressed up, acting out various characters and not be happy. It’s impossible.

“My favorite part about cosplay is getting to connect to other people who love the same things I love,” said Ginny Di.

My friend Robert says that he would never attend a Comic-Con or cosplay. It’s sad, that he’s closing out new avenues for himself. He’s an artist himself. Thinking about his work, I can only imagine what he would look like if he ever did come out and cosplay.

“Just do it,” says Ginny Di. “You’ll never know if you like it until you do it, and you’ll never get better at it and do all the things you want unless you try it. So, just put yourself out there and try it.”

As for me, I was lame. I cosplayed a journalist. Hey, it’s hard not to when journalism runs through your blood. 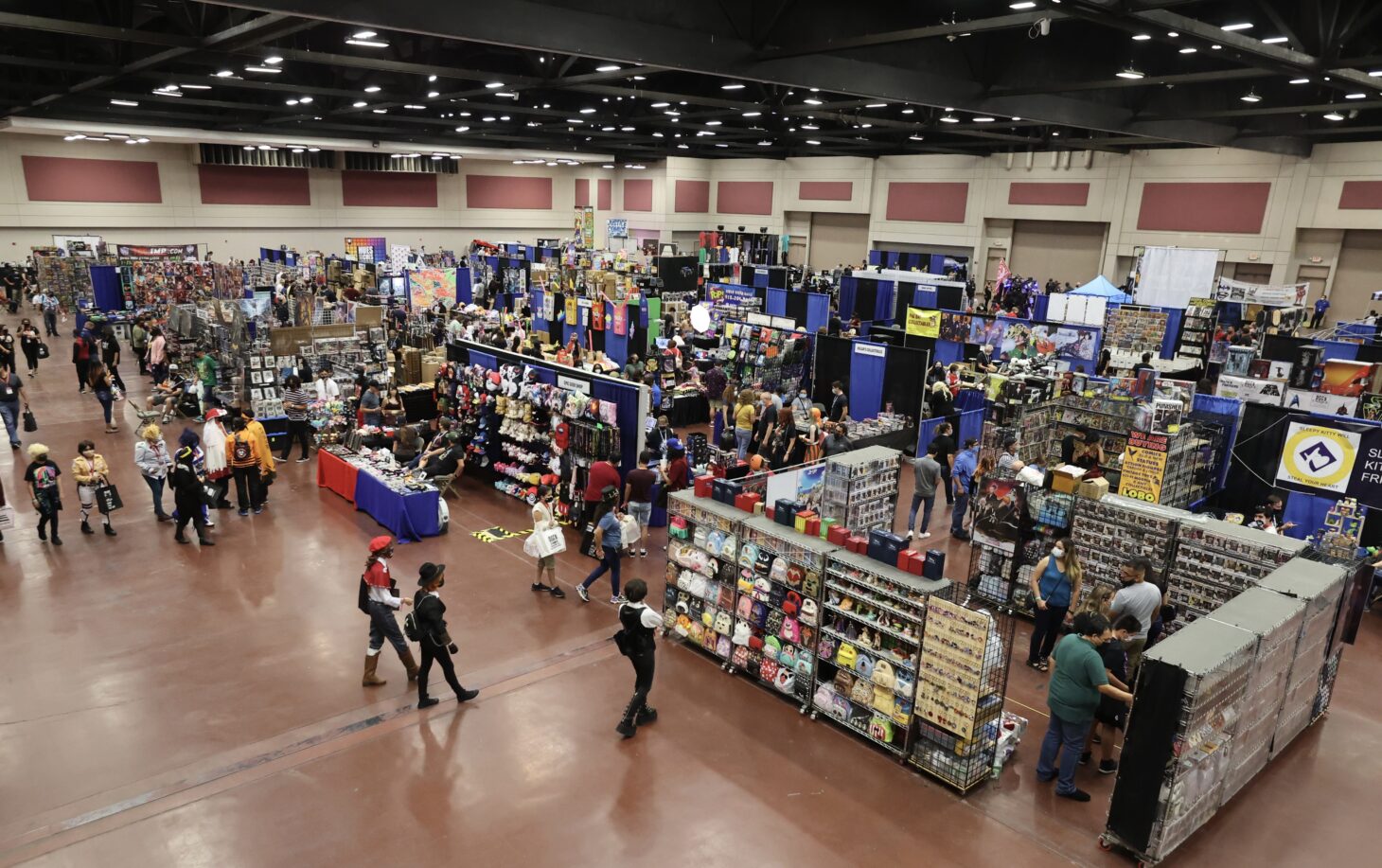