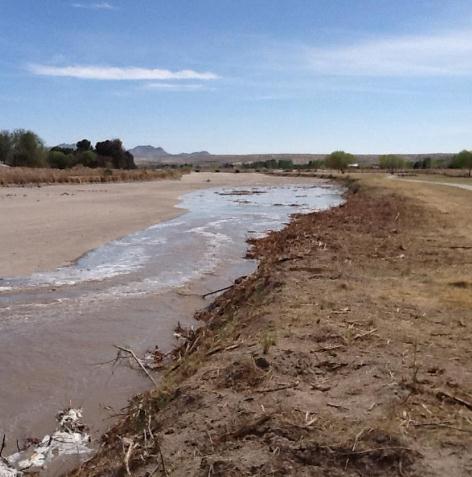 According to social media posts by the National Weather Service in Santa Teresa, Borderland residents should see the river begin to flow once again.

As of Sunday Afternoon, according to the NWS’s post, water was released from Caballo Dam had passed the gauge at Leasburg, but had yet to make it to Mesilla.

Officials added, “The current forecast indicates water reaching El Paso (near Sunland Park) by Monday afternoon, though this might be a little optimistic.”

Earlier this month, forecaster at the National Weather Service put out their monthly Flooding Outlook, which includes snowpack information for the Upper Rio Grande area.

Their tracking indicated that snowpack for the river was running above normal, as was the runoff for both the Upper Rio Grande and the Pecos River Basins.

Those readers who would like to”track” the progress of the water, can do so by checking the hydrographs.