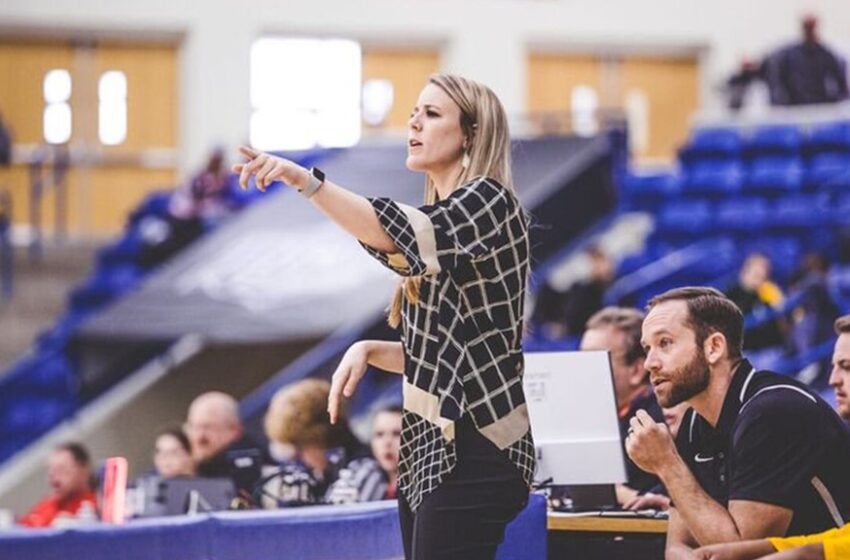 Weaver joins the Miners after most-recently guiding San Jacinto College (Houston, Texas,) to a 25-11 record and the Region XIV Tournament Championship. The squad established program records for wins while also securing the initial NJCAA National Tournament victory in the team’s final season of play. Three of her players were selected to the All-Region Team and she was voted as the NJCAA District L Coach of the Year.

“Kayla did an outstanding job leading her team to regional championship and the National Tournament this season,” Baker said. “She has proven that she is ready to jump to the next level of Division I Basketball. I have worked with Kayla before and have found her to be a very loyal and hardworking basketball coach.  She is known as one of the brightest and best of the up-and-coming coaches in the country. We have gained a solid recruiter and an even better person.  We are very excited to add her to the Miner Family.”

Weaver served as an assistant coach under current Miner assistant coach Michael Madrid at San Jacinto College from 2015-17 before being elevated to the top spot. In that timeframe she aided the team to forging a combined record of 46-20, including 28-12 within conference play.

The program made its initial appearance in the national tournament (2016-17). Additionally there was one NJCAA All-American, four All-Region XIV Team honorees and five who garnered All-Conference status.

She previously spent one season as an assistant under Baker at UT Tyler. The team rolled to a record of 27-3, including 19-1 in league action. It was ranked in the top-25 poll and advanced to the round of the 32 at the NCAA Division III tourney. Prior to that she was an assistant coach for Panola College. During her time there the program made a pair of Region XIV Tournament appearances.

Weaver began her playing career with Panola College. She was a first-team All-Conference and first-team All-Region selection, in addition to meriting academic first-team Region XIV accolades. Weaver was also chosen as the Panola College Buddy Lowery Award Winner, which recognized the top academic athlete in the graduating class. She then moved on to Texas Woman’s University, helping the team win the 2010-11 Lone Star Conference title. She was an All-LSC first-team member and was the 2011 Tournament MVP.

Weaver earned her undergraduate degree from Texas Woman’s University with a bachelor of science-mathematics in Dec. 2011. She secured a master’s degree in kinesiology from the university in July 2016.