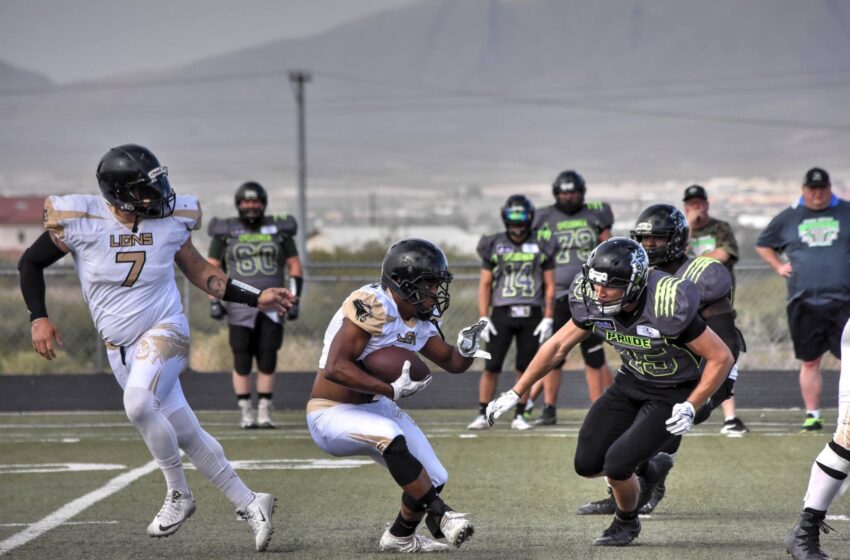 After several years of multiple teams and leagues appearing and disappearing, the West Texas Lions have emerged as the top Semi-Pro Football team in the El Paso region.

In just their second season, the Lions are the first El Paso team in the Borderland-area to take the first seed in the MPFL Western Conference regular season.

Under the leadership of Head Coach Lorenzo Gathers, the Lions to head into the first round of play offs – which will be hosted by the Lions – after defeating the Midland Pride 25-24 in OT. The Lions ended up the regular season with a 9-1 record and – out of 18 teams in the league – they are ranked #2.

The team is co-owned by a brother and sister duo, Stephanie Rose and Jesse Rose.

Their vision was to give talented athletes a second opportunity to move up to the next level or just play the sport they love. The Lions are also heavily involved in the local community, mentoring local youth and participating in community outreach projects.

The Lions also have a large number of military players, which in a military city, gives soldiers an opportunity to build a family relationship with their teammates.

The goal, according to owner Stephanie Rose is to become an team for families to enjoy watching, and to bring pride to El Paso.

Officials with the team add, “The team has all the talent, dedication, and discipline needed to bring the MPFL championship trophy back to El Paso.”

The Lions’ home field is Santa Teresa High, where the Western Conference Championship will be played.  That game is scheduled for June 9th.

If the Lions make it past the Western Conference Championship game play in the league championship which will be hosted in Dallas.