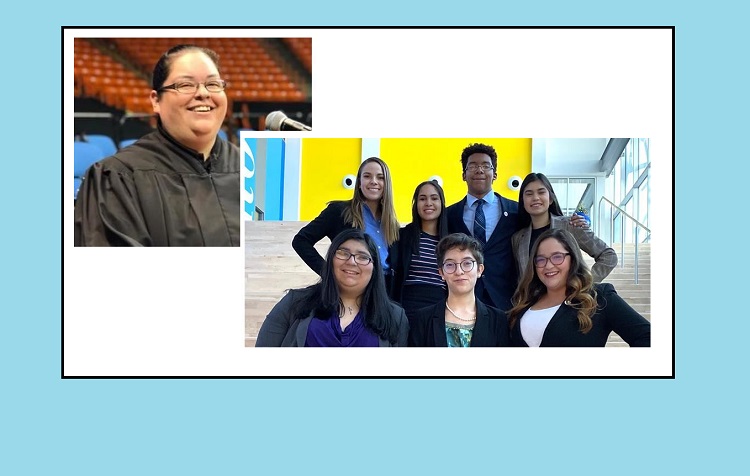 The Americas High School speech and debate team earned top honors from the West Texas District of the National Speech & Debate Association for their outstanding achievements, leadership, and perseverance this school year.

The Americas High School speech and debate team was named 2021 Team of the Year and their coach Irene Gardea was named the 2021 Coach of the Year.

“There are so many talented coaches, who do so many great things, and we all came together to make this season a reality,” Gardea said. “I was very surprised to be honored with this award again, but it’s an honor to be considered and to be recognized for everything that this team has done this year for our community.”

This is the third consecutive year Gardea receives the honor. Last June, she was recognized by NSDA as the 2020 National Speech & Debate Coach of the Year.

One of the team’s big accomplishments this year was hosting the first virtual speech and debate tournament in El Paso, which drew participants locally and some from across the state who reached out after learning about the tournament.

Since Gardea’s national recognition, local tournament coaches and teams have turned to the Americas High School team for their knowledge and guidance to help them host their own tournaments.

Gardea was nominated by her student, Kayla Saucedo, a senior at Americas wo was also named the 2021 Student of the Year by the West Texas NSDA.

“Kayla has overcome a lot in her last four years. She’s done a lot,” Gardea said. “I think she’s just someone who embodies what it means to be a good competitor. The judges saw that and she was chosen as the district student of the year.”

Another Americas High School speech and debate team member, Jayde DeGraff, was also recognized with the Danny Pecquet Sportsmanship Award, an honor only given in the West Texas region.

This is the second year the award has been given out. It is named in honor of local educator Danny Pecquet, who was a longtime speech and debate coach.

“It was a really good year for us,” Gardea said.