Competing statewide rulings regarding voting by mail and conflict over mail-in ballot eligibility have left some voters feeling confused. But El Paso County Elections Administrator Lisa Wise said that in spite of these legal battles, the qualifications for El Paso voting by mail remain unchanged.

“Voting by mail in the state of Texas obviously has been on the forefront since the pandemic. There’ve been several cases that have gone through the courts, and where it sits right now (is that) we’re processing ballot requests the same way we always have. If you send in a ballot request form and it’s filled out completely, we will process it and send you a ballot,” Wise said.

In order to qualify for a mail-in ballot, voters must be over 65, have a disability or illness, be out of the county on election day, or be in jail but not convicted of a felony. Although a Texas court recently held that lack of immunity to COVID-19 is not sufficient cause to receive a mail-in ballot, Wise noted that the process of receiving vote-by-mail requests does not involve investigating disability claims of voters.

“We process the ballot request as filled out. We’re not doctors, we don’t do investigations — it is up to the voter’s discretion. There’s nothing that changes how we verify mail in ballots,” Wise said.

She urged voters who qualify for mail-in voting to apply, in order to minimize crowds at polling places. “There are a lot of people who love to go to the polls, and trust me I can appreciate that more than anybody; but that if they do qualify, this may be one that they vote by mail.”

Percentage of El Paso County votes that were cast by mail

The mail ballot option has become more popular in El Paso over recent elections, in part because of promotion by political parties

El Paso’s next election is the runoff to settle some races from the March Republican and Democratic primaries where no candidate got more than half the vote. Election Day is July 14 and early voting is June 29 through July 10. The deadline to submit a request for a mail-in ballot is July 2.

How to vote is an individual choice

Rebecca Reza, a 40-year-old freelance sports reporter, lives with her 75-year-old father. She and her family members always make sure to vote in local, state, and federal elections. Reza said that for the upcoming July 14 runoff election, her dad will be voting by mail while she votes in person at her neighborhood polling place.

Reza, however, is not concerned about voting in person. She said that in her household, she’s the one who does most errands and is out a fair bit.

She recently got tested for COVID-19 after participating in local protests, and tested negative. Plus, she said her polling place rarely has much of a line.

July 14 runoff Voters Guide: Learn more about the candidates on your ballot

The precautions being implemented at polling places throughout El Paso are designed to make in-person voting as safe as possible, Wise said. She explained that the county elections office has learned from elections in other states during the COVID-19 pandemic, and has worked to ensure there are plenty of polling sites and poll workers.

“Our machines are going to be six feet apart, so we’re going to have fewer machines than we normally would. All of our poll workers are going to be required to have a mask and a face shield. We’re going to have disposable styluses, so that (voters) shouldn’t have to touch the machine. We’ve got sanitizer that will be at every location,” said Wise, who detailed that careful attention will be paid to every touch point during the voting process. “After every voter, the voting area will be wiped down.”

Polling worker Renslar Keagle, 72, has been working elections for over 25 years. He said an added way El Paso voters can stay safe at the polls is by voting early, when voters can choose from among 30 El Paso early voting locations.

Keagle said that polling places tend to be far less busy during early voting than they are on Election Day, which makes early voting a good way to maintain social distance.

“You’ve got a lot of people that just say, ‘Hey, I’m not voting ‘til Election Day,’ when early voting would be so much more convenient and I think safer. Early voting is going to be safer because it’s over an extended period of time, there shouldn’t be as many long lines, (and at) many of the early voting places there’s more room to spread out,” Keagle said.

Dora Tellez, a 63-year-old poll worker who works at the Marty Robbins voting location, agrees with Keagle, and said she wishes more voters took advantage of early voting. “People are procrastinators when they’re going to vote. We’re there two weeks usually, and we even work weekends, so I don’t know why they always wait ‘til the last day.”

Wise’s message to voters is twofold: assuring voters that in-person voting in El Paso is being made as safe as possible, and urging voters to be patient at polling places because of added time for COVID-19 precautions.

“The poll workers, this is the first time they’ve operated an election in a pandemic, and they’re your neighbors, they’re your friends. They’re doing the best they can. We’ve been lucky to get poll workers who are wanting to come out and make sure the election runs smoothly. And then (voters with) any questions can call our office or get on our website and we’ll be able to help them however we can.”

What questions do you have about voting?

Wise will be doing a live Q&A on El Paso Matters instagram next week. Tune in, or submit your questions in advance on this form.

Tags: where can i vote in el paso 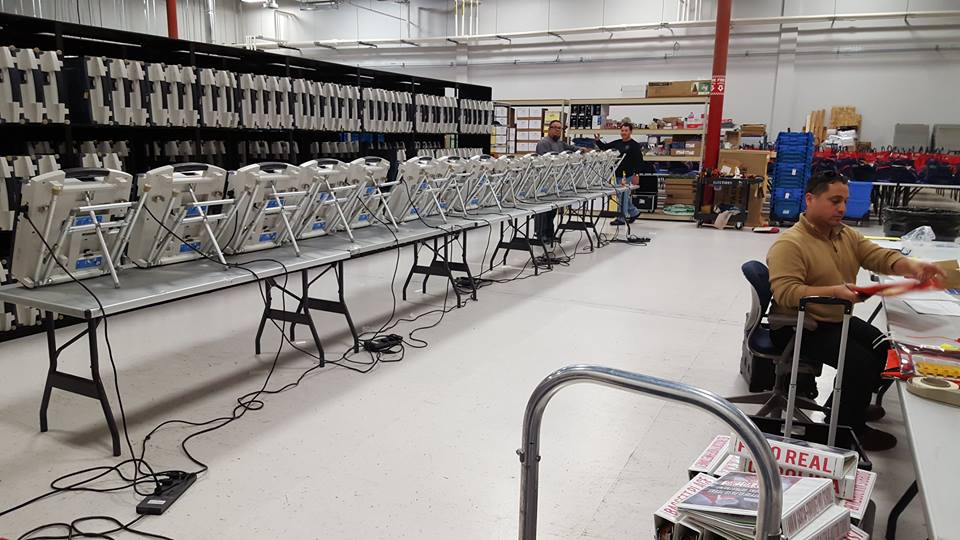