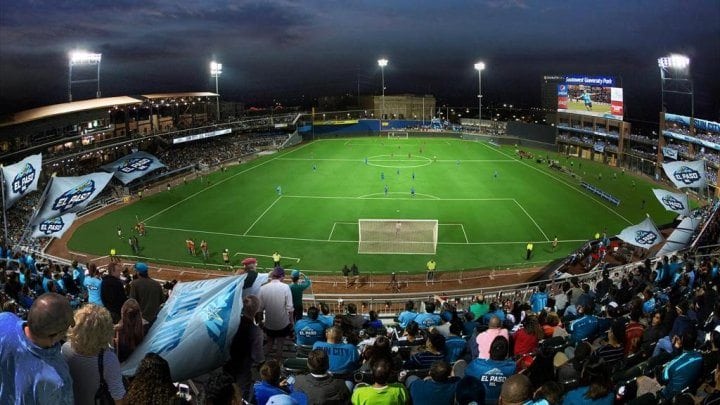 On Wednesday the city of El Paso got some pretty exciting news. Mountain Star Sports group made an announcement today that they will bring a United Soccer League team to El Paso in 2019. The city was awarded one of the expansion teams for 2019. The team is currently know as El Paso USL.

So what is the USL? Major League Soccer or MLS is where the big time professionals play, the United Soccer League is only one step under that. This is Division 2 professional soccer. The USL is the fastest growing league in the United States. With more than 100 million dollars being invested in 2016. They currently have a partnership with world wide leader in sports, ESPN. They also have a partnership with Sirius XM radio.
The league has doubled in size since 2014. With four expansion teams set for 2019 including:

The schedule is highlighted by a regional approach to create rivalries. The USL has a western and eastern conference. At the end of each season, the top 8 teams from both conferences make the playoffs. In the next 4 weeks are used to crown a champion.

Fans for the United Soccer League fall under two major categories. 64% are ages 18-44, and 79% are male. This falls perfect with the demographic of El Paso, Texas with a median age of 32 in the Sun City.

The USL has a partnership with the MLS since 2013 designed to enhance the development of professional players in the United States.

The name, the colors and the mascot is still to be determined but El Paso is as excited as ever. Fans in the Sun City proved that the Chihuahuas was a perfect choice for the city. USL shouldn’t be any different.
El Paso are you ready for 2019?

Gallery+Story: All Aboard for Western Conference Final!...