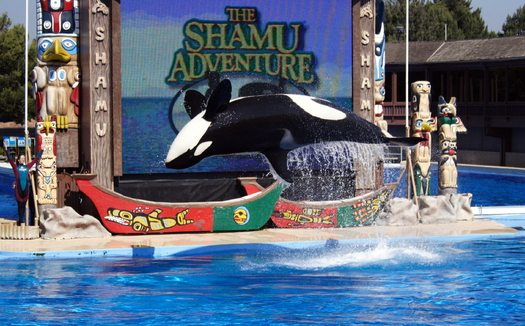 SAN ANTONIO, Texas – Wildlife groups are protesting new federal rules designed to improve conditions for captive marine mammals in places such as Sea World in San Antonio, saying the rule could weaken some existing protections. The U.S. Department of Agriculture has released a proposal to further regulate conditions for dolphins and orcas such as the water temperature and features required in the animals’ enclosures.

Sharon Young, marine-issues field director for the Humane Society of the United States, says although the change could lead to some improvements, she’s disappointed in other aspects of the proposal.

“For example, the number of hours that an individual marine mammal has to interact with the public in a ‘swim-with’ program has been increased from two hours a day to three hours,” says Young. “Animals can be very stressed.”

Sea World in San Antonio has lost three orcas, also called killer whales, to illness or injury in the past eight months. Sea World’s operators said in a statement that it is reviewing the USDA proposal and looks forward to collaborating with the agency to ensure the highest standard of care for the animals.

The proposed rules would regulate captive marine mammals in aquariums and amusement parks around the country. They would set minimum tank lengths based on the animal’s size. Young contends the tanks will still be too small and says in any case, it isn’t possible to replicate conditions in the wild.

“We are strong advocates for doing away with these kinds of captive programs, particularly these interactive programs,” she says. “But until we can make that happen, these animals deserve more than just a body length worth of depth and limited room to move.”

A 60-day public comment period on the rule will open in the next few days after the proposal is published in the Federal Register.